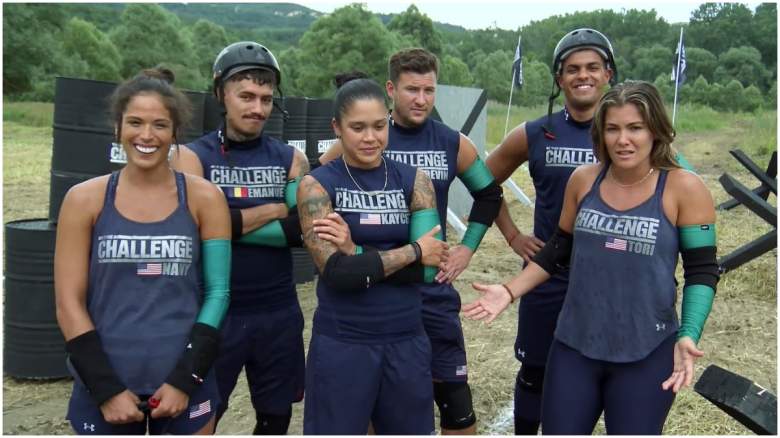 Episode 12 of “The Challenge: Spies, Lies and Allies,” appropriately titled “500” due to the milestone episode in the franchise’s history, saw another rookie sent home from the show as one team protected its ranks and another strengthened its positions. However, the preview at the end of the episode indicated that things are about to get heated between several veterans and the mission will see some competitors struggle.

The 12th episode of “Spies, Lies and Allies” saw two more rookies facing off in the elimination, Emy Alupei and Bettina Buchanan, as the changing format allowed the veterans to continue targeting the new players. However, with Bettina’s elimination, there are only three rookies left and the veterans will be feeling the heat as they will try to avoid getting sent home this late in the game.

For the 13th episode, the mission is called “Sunken Intelligence” and the clip shows the cells jumping in the water with cast members having to swim to a half-submerged boat with several ropes tangled around it underwater. It seems some teams might struggle with it, with one segment showing CT Tamburello telling Emy, “stop, you gotta be careful what rope you pull.”

The previous episode ended with Emy going into elimination and choosing to switch teams to Sapphire to be with CT so hopefully for the new team they’re able to work together. During Ruby’s turn doing the challenge, it looks like Ashley Mitchell is joking with Amanda Garcia, who is now on Ruby, telling her to “do the Titanic,” which she does.

Either that move or something else caused some issues among the stars of the show as the very next segment shows Amanda yelling at someone, “I’ll play for the other team every f****** time.” It’s possible that she’s still working with Sapphire despite being infiltrated.

The tensions don’t end there because at the house, Cory Wharton is seen accusing people of “lying” while Nelson Thomas is saying, “take responsibility for your actions.” It’s not yet clear who they’re speaking to. Devin Walker tells someone they’re being “irrational” and the clip ends with Tori Deal, who is lying next to Emanuel in bed, saying, “Let the games begin.”

The Episode Hints That the Vets May Be Going After Each Other Again, Several Episodes After the Anticipated Vet War

If the format of the previous episodes continues, the elimination this week will be a male one and there are only two male rookies left: Logan Sampedro and Emanuel. The highly anticipated veteran war teased several episodes ago didn’t end up happening because the format changed and allowed the vet truce to continue a while longer.

Hopefully, that will change this week and the vets have to start firing shots at each other. Last week’s episode featured a mission that favored the Emerald team with their extra team member but with Sapphire now standing at only four players, it would be interesting to see them compete in a mission that isn’t numbers-based.

The episode, which is titled “Titanic,” is described on MTV’s schedule as, “Cory worries that as the game gets more cutthroat the Vets might turn on him. Players compete in the ‘Sunken Intelligence’ mission, where one player’s lack of effort sinks their team’s chances of winning. One player’s loyalty is tested by a new bond.”


More Heavy on The Challenge News

There’s No Clean Break From Poverty in ‘Maid’

Hollywood’s complicated relationship with the Fourth of July

COP26 announces the Queen will attend climate conference in person

Google’s support of the news industry in Japan