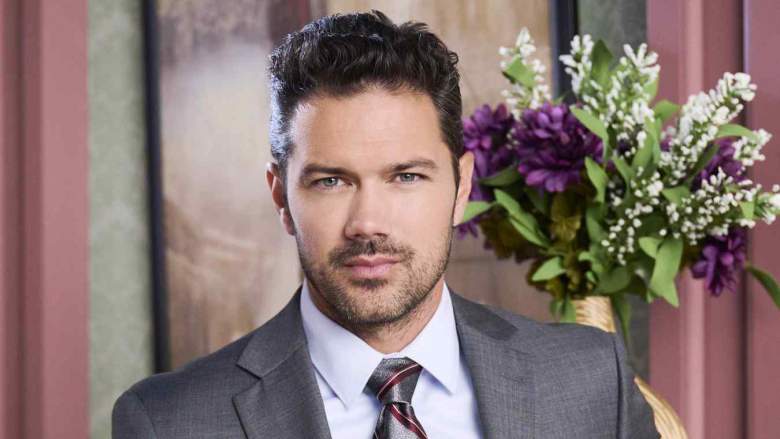 Ryan Paevey has been filming a new Christmas movie for Hallmark that is set to debut this year. The movie is called “Coyote Creek Christmas.”

According to IMDb, Paevey will star opposite Janel Parrish in this new Hallmark movie. David Strasser is directing. Also starring are Ana-Maria Alvarado, Adriana Ravalli, Daylin Willis, and Manny Hernandez.

Paevey’s previous credits include “A Little Daytime Drama” which just aired on The Hallmark Channel, “Don’t Go Breaking My Heart,” “A Timeless Christmas” which aired in 2020, “Matching Hearts,” “Christmas at the Plaza,” “A Summer Romance,” “Hope at Christmas,” and the “Mr. Darcy” movie series for Hallmark. He also starred as Nathan West on “General Hospital.”

Parish’s credits include starring as Margot in the “To All the Boys” series of movies, “Right in Front of Me,” “Holly & Ivy” (a 2020 Christmas movie for Hallmark), “Pretty Little Liars” (Mona), “Until We Meet Again,”  “Heroes” (May), and more.

The movie wrapped its first week of filming on August 21, according to @SleepyKittyPaw. But according to a post by Dalman, it’s still filming.

Dalman wrote in another post that they have “a million adorable photos we cannot post yet.” This is his first Hallmark movie, but he’s also starring in a movie with Halle Berry.

Producer Antonio Cupo gave a behind-the-scenes glimpse, saying that he had “the best crew right here.”

At one point there were rumors that Paevey might have been starring in a movie called “Christmas in London.” However, production on this movie hasn’t even started yet.

Director Ron Oliver shared a sneak peek of his next Hallmark Christmas movie, CHRISTMAS IN LONDON.

“Apologize for being incommunicado lately,” he wrote. “When his muse strikes, it demands attention”

Director Ron Oliver is overseeing “Christmas in London.” When he wrote about the movie in March, he tagged Paevey in his post.

In April, he tweeted that he was working on starting a new movie with Paevey.

Oliver directed “Christmas at the Plaza,” which Paevey starred in.

Paevey keeps himself very busy when he’s not starring in Hallmark movies. Paevey makes jewelry by hand, Parade reported. His business is called Fortunate Wanderer and it’s based in Los Angeles. On his website, he says he founded the business to share prints of his photography and it has since grown to encompass much more.

The website noted: “What began as an intent to share photography captured from the saddle of a steel horse on the many wanderings of founder Ryan Paevey, has transformed into a more broadly represented scope. Now, Fortunate Wanderer has expanded into a number of adventure inspired items.  As a Wanderer, you experience new places, new things, new people. You observe, you capture images, you find unique trappings that remind you of your journey once you’re back home. Fortunate Wanderer has begun to build a brand for other Wanderers of the world, offering everything a wanderer should have for their adventures – inspiration, gear, and trappings that become trimmings.”

Tom Bergeron on Why He Really Left ‘Dancing With the Stars’

Arjun Rampal on NCB arresting his girlfriend’s brother: Unfortunate that my name is being dragged – Times of India

8 deserving authors who never got the Nobel Prize