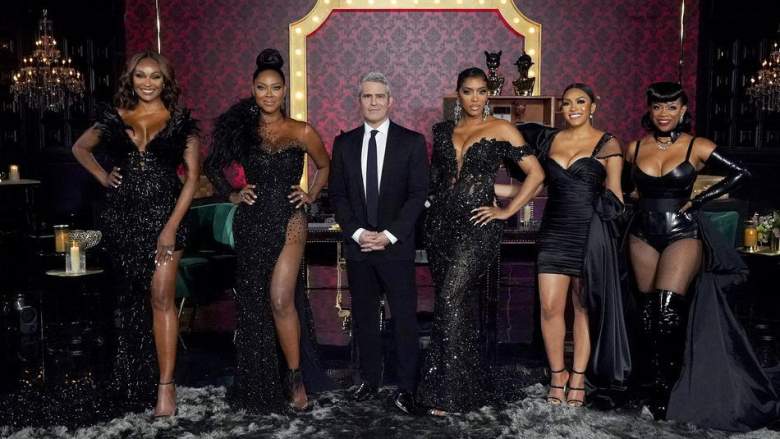 The next season of “The Real Housewives of Atlanta” might look a little different… but wait, who said that?

According to reporter Anthony Dominic, there could be some major changes ahead for season 14. In an Instagram story on September 16, 2021, Dominic claimed that both Porsha Williams and Cynthia Bailey will not be returning. However, there will be some familiar faces in their place, with former “Housewives” star Shereé Whitfield rumored to be returning to the franchise, as well as “friend of” Marlo Hampton being promoted to full-time status.

So far, nothing has been confirmed by the cast members or the network, but according to a recent interview that Kenya Moore did with Entertainment Tonight, the new season is set to start filming sometime in October 2021.

Moore Admitted That There Will be a Cast Shakeup

During her September 9, 2021 interview with Entertainment Tonight, Moore admitted that there is “definitely” a cast shakeup coming to “The Real Housewives of Atlanta,” and even teased the return of a former cast member.

“[There will] definitely be cast shakeup,” Moore admitted to the outlet. “Some new faces… and some old faces not there.”

Moore continued, making a jab at the recent casting rumors that have been swirling around for the past few months. “Word on the street is I may be out of a job,” Moore joked. “Here’s the thing, nobody really wants to be fired. I mean, my first job was Taco Bell. I wouldn’t want to be fired from there. I would want the option to leave if I wanted to go. God’s will, not my will, will be done. I have had an amazing run. It’s been 11 amazing years as a consistent peach-holder.”

This rumored “Real Housewives of Atlanta” cast shakeup seems to be coming at a time where some stars have been contemplating their place on the show. During a May 2021 interview with The Jasmine Brand, star Kandi Burruss admitted that she was thinking about leaving the franchise.

“You just contemplate like I don’t know when is your time what do you – you just don’t know,” Burruss admitted at the time. “It’s not like it’s not like a definite answer you know what I mean, It’s like I enjoy being a part of the show but it is stressful at times, it is a lot going on you know but I do love the fans I love the support of the fans.”

And, during a June 2021 interview with People, Cynthia Bailey admitted that she wasn’t sure if she would return to the show, either. “I don’t know what’s happening,” Bailey said at the time. “I’m in a really happy place in my life. My fans got to see my happy ending. So I want them to be able to see me happy,” she said.

Bailey continued, “If I don’t come back, I wish the show well. It’s been an incredible journey with incredible memories. However it works out, Bravo has been amazing to me. This platform has been amazing. It’s created so many opportunities for me. I’m good.”

READ NEXT: Erika Girardi’s Former Employee Spills About Working for Her

Why Did Diana Muldaur Leave “Star Trek: The Next Generation?”

Tiger King is officially getting a sequel, Netflix confirms

Gatwick second runway would be ‘disaster for the climate’, campaigners warn