Cornwall’s last raceway gears up for its closing race 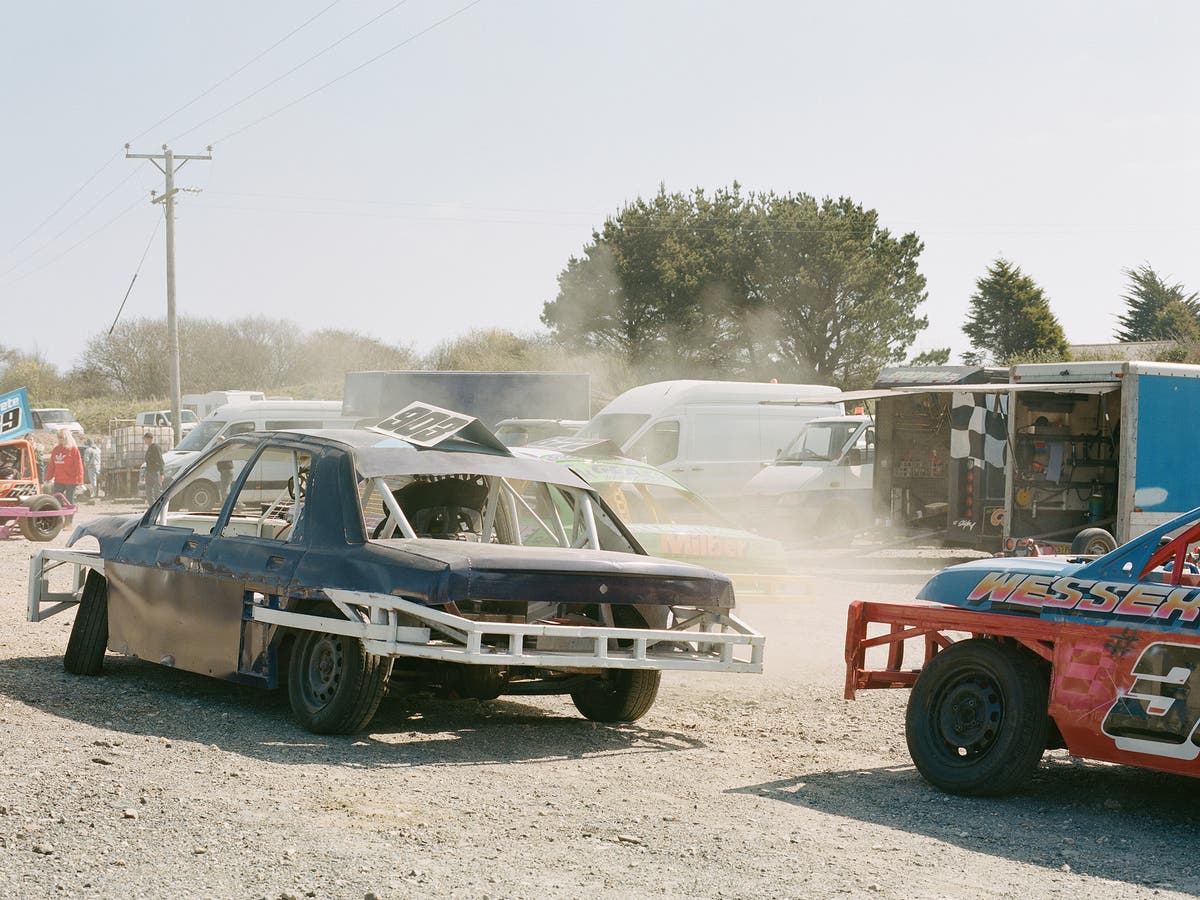 The days are numbered for Cornwall’s last banger racing circuit, so one photographer spent her summer out on the tarmac capturing what look to be the final months of a spirited local tradition.

The United Downs Raceway Stock Car and Banger racing track will hold its final race on 31 October after providing Cornish locals with excitement for over 50 years.

Built on a former tin-mining site, this mainstay of the southwest racing community has been in operation since 1969 and has outlasted Cornwall’s other two racetracks.

The 325m oval is unlikely to host another racing season: the lease expires on the day of the final race and it may be demolished soon after. A petition to save the track has gathered 10,000 signatures and a request to extend the lease has yet to be declined but locals expect the worst.

Becky Tyrrell, an award-winning local photographer, captured moments on and off the track during what could be the raceway’s last summer. She shoots on a traditional film camera and last year won the prestigious Portrait of Britain award from the British Journal of Photography.

Tyrrell found that some locals had racing in their blood. Third-generation driver Tommy Farrell, who has raced here since he was a child, said: “It was because we had tracks locally to us that I had the chance to get into racing. My Dad took me. There were even more tracks back then, they are slowly disappearing.”

Tyrrell said of her experience: “Being welcomed by the community who use the track has been an eye-opening experience. Many of the people I spoke to described it as feeling like they’re part of one big family.

“Despite being an outsider to the world of banger racing, I sympathised with the cause because it’s a space run by the people, for the people. There are few places left in Cornwall which aren’t designed solely to generate revenue via tourism.

“It deserves to stay for the next generation of locals, and the many racers nationwide who travel down here to compete. As a spectator, witnessing this level of skill and dedication in action feels really special – and very exciting!”

Courteney Cox and Melissa Barrera spoof Friends: ‘Some things are off limits’

A short history of Hollywood’s poison-pen letters to itself

Exclusive: Behind the Art and Atmosphere of ‘Destiny’

Trading Strategy For Tesla, Which Has Been Climbing Its 200-Day Simple Moving Average Since May

ALS and dementia attacked by an RNA-hunting compound that recruits cell’s own virus fighter: Compound co-opts a natural enzyme to degrade a deadly disease...

For 20 Years, This Benefit Concert Has Used Cover Songs To Help Fight Hunger