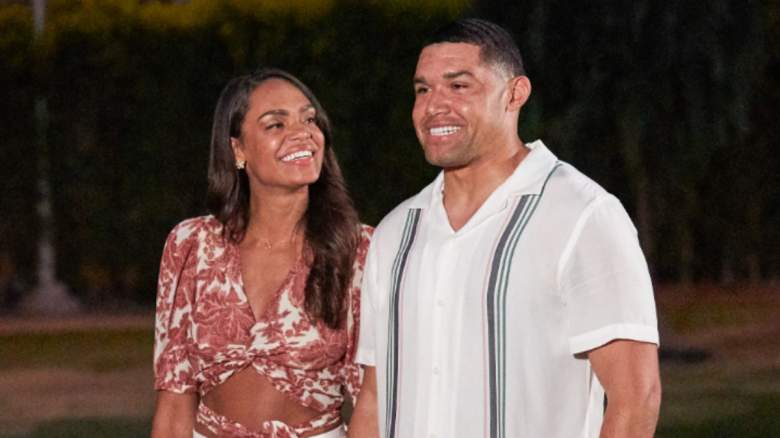 On the November 30, 2021, episode of “The Bachelorette,” Michelle Young met the families of her top four suitors. After Hometown Dates — which occurred in Minnesota this season due to the coronavirus pandemic — Michelle had to make a very difficult decision. She was forced to send home one of her amazing guys.

After taking some time to think things over, Michelle knew what she had to do. At the rose ceremony, she decided to give roses to Nayte Olukoya, Brandon Jones, and Joe Coleman, sending Rodney Mathews home.

After the show aired, however, Michelle took to her Instagram Stories to share a message to Rodney — a season favorite.

Michelle Said Rodney Will ‘Forever’ Be a Part of Her Life

After an emotional rose ceremony that Michelle rewatched as it aired on ABC, she couldn’t help but send a message to Rodney — and she did so publicly.

“A person who walked into my life who will forever be a part of my life,” Michelle captioned a photo of her and Rodney picking apples. “[Rodney], so happy me and the world got to meet you! Not goodbye, but see you soon,” she wrote, adding the green apple emoji.

Apples have been a theme for Rodney throughout the season after he stepped out of the limo on night one wearing an apple costume.

Michelle then shared two more photos of her time with Rodney on the show.

Many fans were devastated to see Rodney go home, despite the fact that Michelle’s other relationships were further along. A Reddit thread about Rodney was started after the show aired, and some fans want to see him as the next “Bachelor” star.

“100% on board with the Rodney for next Bachelor campaign,” one comment on the thread read.

“At first I was drawn to Joe. But after today’s episode Rodney became my favorite. Just based on looks he is the most handsome. He looks like a man. Nayte and Brandon look like high school guys to me. But Rodney is definitely Bachelor lead material to me. Missed opportunity,” another Redditor commented.

“I’m following all of the top 4 now and will be campaigning to make Rodney [the] Bachelor,” a third person wrote.

Some Fans Think That Michelle & Rodney Were Better as Friends

While Rodney was undoubtedly one of the most popular guys on Michelle’s season, many fans couldn’t help but notice that there really wasn’t any true chemistry between him and “The Bachelorette.” Michelle had a lot of chemistry with Nayte, Brandon, and Joe, but her and Rodney just seemed like they had become friends on the season — and her message to him might suggest that, too.

It seems clear that Rodney had feelings for Michelle, but her connection with him just wasn’t as deep as it was with the other three guys.

“Rodney never stood a chance. Nice guy and funny and everything, but there was nothing more than friendship,” one Redditor commented on a thread about Michelle’s Instagram message to Rodney.

“I can see them being really good friends so I love this,” wrote another.

“He’s going to be part of her wedding party, isn’t he?” a third comment read.

Liana Wallace On What We Missed Last ‘Survivor 41’ Episode

Was the U.S. Flag in Hallmark’s ‘Roadhouse Romance’ Hanging Backward?

The Case of Disgraced Lawyer Alex Murdaugh, Scion to a South Carolina Political Family, Is Only Getting Weirder

Why Is ‘And Just Like That’ Afraid to Let Older Women F-k?

Fear The Walking Dead: John Dorie Sr and June discover torture room as he battles with past ghosts

‘Get Back’: Meet the Beatles Once Again, Courtesy of the Most Emotional Fab Four Doc Ever

We Are Getting Best Possible Preparation for World Cup, Says Mithali Raj