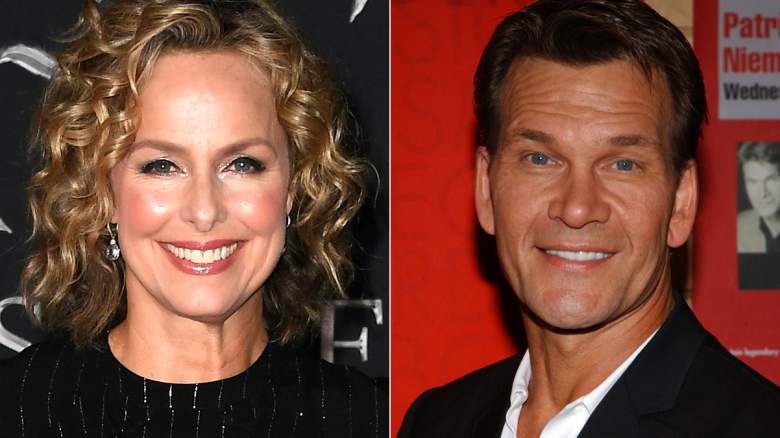 Actress Melora Hardin is tearing up the dance floor on “Dancing With the Stars” season 30, but her dancing days date back to childhood. In fact, a rather famous actor/dancer was one of her first dance instructors — and then she went on to have a fun connection to one of his most famous roles.

In an interview with Heavy, Hardin remembered the late Patrick Swayze, who died from pancreatic cancer in 2009 at the age of 57.

Swayze was a very talented dancer — while he was probably best known for the 1987 film “Dirty Dancing,” he was also a classically trained ballet dancer and appeared as Danny Zuko on Broadway. And around that time, he was also one of Hardin’s first dance teachers.

“Patrick was my first Jazz teacher and he would have been a perfect competitor for ‘Dancing With the Stars,’” said Hardin, adding that all the girls at the studio were in love with him.

“When I was 13 he would drive to my ballet studio on his motorcycle in his tight jeans and black leather jacket and all the girls would swoon and he would teach us how to do a pas de bourrée on bent knees. And all the little ballerinas would watch his butt wiggling around in his tight jeans!”

But that isn’t Hardin’s only connection to Swayze. In 1988, building on the success of the film, Hardin was cast in the TV series “Dirty Dancing” as Frances “Baby” Kellerman (played by “Dancing With the Stars” season 11 winner Jennifer Grey in the film).

Hardin Fell In Love With Her Husband While Filming ‘Dirty Dancing’

Heavy’s interview with Hardin included speaking with her husband of over 20 years, actor and prolific audiobook narrator Gildart Jackson. He actually chimed in to tell us that the two of them met and fell in love while Hardin was filming “Dirty Dancing.”

“Interestingly, Melora and I met and fell in love when she was shooting that series. That’s how long we’ve known each other!” said Jackson.

Hardin recalled that the show took the premise of the film — Baby and her family are at a Catskills resort for the summer — and expanded it to include a colorful cast of young people.

“It’s a bunch of young kids who can’t dance (but really want to) meeting a bunch of slightly older kids who really can dance at a summer camp in the Catskills. All this while the parents are off doing other things. There’s lots of opportunity for plot lines there!” said Hardin, adding, “That show was so much fun to make. Lots of dancing. Sadly we only made 7 episodes.”

Yes, the show ran from October 1988 to January 1989 on CBS and was canceled after just a handful of episodes. But several now-famous faces were involved and Hardin is still close with some of the people she met on the show.

“Patrick Cassidy played the Patrick Swayze part, we had a ball and I seem to remember that he met his wife Melissa, a beautiful dancer, on the show. We are still close. They now live in Nashville where he runs the amazing theater Studio Tenn and I just was on his podcast,” said Hardin.

“[Director] Paul Feig — I think that might have been his last acting job and of course we reconnected when he showed up to direct ‘The Office’. He is so lovely and so talented and we had so much fun,” she added. “Constance [Marie] is wonderful, and Mandy Ingber was on that show and we remain close to this day.”

Hopefully, Hardin’s former colleagues are tuning in to support her run on “Dancing With the Stars,” which airs Mondays at 8 p.m. Eastern and Pacific times on ABC.

READ NEXT: DWTS’ Daniella Karagach Accused of Not Doing Her Own Choreography

Love Island: ‘We shouted at the TV a few times!’ Liam’s dad calls him out on his Casa Amor behaviour

Back to the Rafters: Eric Thomson and Rebecca Gibney gatecrash Zoom call

Stranger Things producer says new season will be ‘worth the wait’

Tollywood actresses who stole the show in ethnic wear

Why carnivores host diseases that jump to humans