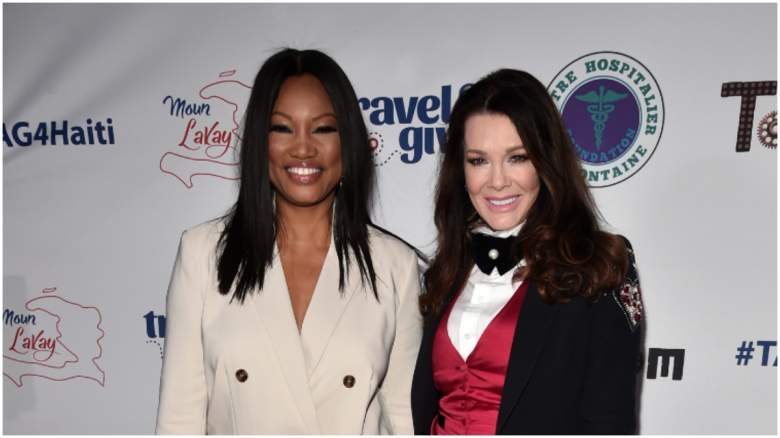 Lisa Vanderpump posed with a “Real Housewives of Beverly Hills” star at a charity event.

The former diamond holder met up with current series star Garcelle Beauvais at the Travel & Give’s fundraiser at Vanderpump’s West Hollywood bar, TomTom. On Instagram, Vanderpump revealed that the event was hosted with TomTom manager Richardson Chery to raise funds for earthquake victims in Haiti.

Vanderpump, who wore a black tuxedo and red vest to the charity event, surprised “Real Housewives” fans as she posed for photos with Beauvais, who grew up in Haiti.

On October 13, 2021, Beauvais told “Watch What Happens Live” that she met Vanderpump for the first time at the October 11 fundraiser, but it seems the meeting was long overdue.

Fans Reacted to the Photos of Lisa Vanderpump & Garcelle Beauvais 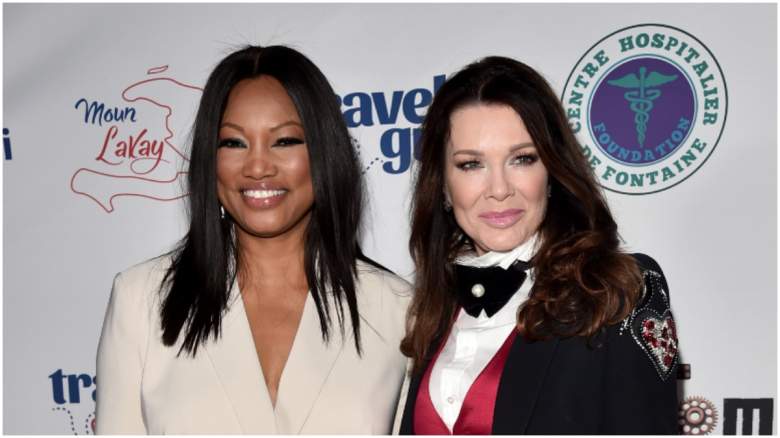 “RHOBH” fans reacted to the photos on social media, with some commenters revealing that they hope the pics are a savvy sign that Vanderpump is making a return to ‘The Real Housewives of Beverly Hills.”

“Lisa is so strategic,” one fan wrote.

Another commenter noted that Vanderpump, Beauvais, and Stracke could team up to go after the show’s “Fox Force Five” clique that once consisted of Kyle Richards, Dorit Kemsley, Lisa Rinna, and Erika Jayne and Teddi Mellencamp.

“Imagine LVP Garcelle and Sutton coming after the faux five that would be better than the EJ story,” the fan wrote.

“Oh this is the alliance Garcelle needs. These ladies against Kyle, Rinna and Dorit,” another agreed.

A Reddit thread suggested that a cameo by Vanderpump would be easy to pull off, because one of her restaurants is in close proximity to “RHOBH” star Sutton Sracke’s boutique.

“Sutton’s store is right around the corner from LVP, “ one Redditor noted. “I don’t see why Sutton/Garcelle couldn’t have lunch at one of her restaurants and then meeting LVP. …S & G are already having issues with the now defunct Fox Force 5 so why not rub it in their faces they’ve met LVP & are gossiping about them, I mean the whole town/world is. So it’d be a fun way to bring back Vanderpump.”

Beauvais & LVP Talked About Each Other Before They Met

Although they just met in person for the first time, Beauvais and Vanderpump have both talked about each other in the past.

In a September 2021 interview with The Daily Mail Australia, Beauvais said it was time to bring Vanderpump back to “RHOBH.” The restaurant owner quit the Bravo reality show in 2019 after nine seasons, according to People.

“I know the fans would love to see Lisa,” Beauvais told the Daily Mail Australia. “I don’t know her but I think she’d bring the show some new energy.”

Vanderpump recently teased that she would consider a return to “RHOBH” if the Fox Force Five group was fired.

She told Entertainment Tonight it would be “impossible” for her to consider a return with Richards, Rinna and Kemsley still on the cast, but she gave a thumbs up to working with Beauvais and Sutton Stracke.

“I hear Garcelle is very nice, and Sutton I hear is doing a good job,” Vanderpump said. “I haven’t watched the show.  …And I don’t think that’s going to happen anytime soon. Unless they kind of cleaned house, then maybe. It’d be great. Just be Sutton, Garcelle, and me, right?”

READ NEXT: Garcelle Beauvais Hints She Could Be Done With RHOBH

Patralekhaa’s stylist Namita Alexander: She was the most chilled out bride; Rajkummar was so happy, he kept dancing throughout the wedding – Times of...

What is the real-life story behind Channel 4 crime drama Deceit?

From Blockbuster Films to Obscure Shows and Docs, Here’s All the Marvel Content on Disney+