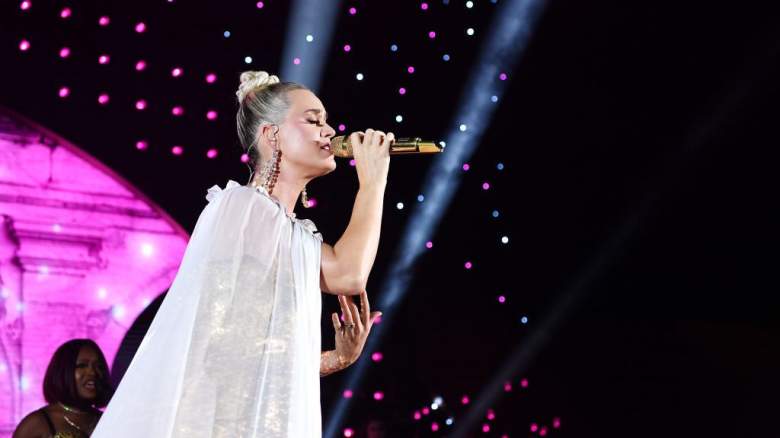 But a PSA video released by Sandy Hook Promise is using the song in a new way: to shed light on the horrors of school gun violence and how it has affected teenagers across America. In the video, real young people who have been affected by school gun violence sing a slow version of the song, accompanied by only a piano.

“The teenage dream is not what it used to be,” the video states. Certain lyrics from the song, sweetly innocuous when about a romantic partner, become hauntingly poignant when applied to teenage victims of gun violence. “You and I will be young forever” and “let’s run away and don’t ever look back” are particularly effective.

Among the survivors in the PSA video are Aalayah Eastmond who hid under her dead friend’s body in the Parkland, Florida shooting and Nick Walczak who is paralyzed after a bullet struck his spine in the 2021 Chardon, Ohio shooting.

Perry took to Instagram to share the video as well as some words on the topic of school shootings.

“For too many kids, The Teenage Dream is shattered by school shootings. Gun violence shouldn’t be part of growing up. Please share this important PSA from @sandyhookpromise #TheTeenageDream 💔,” Perry wrote in the caption.

Bonnie McKee, one of the writers of “Teenage Dream,” recently took to TikTok to explain how Perry helped her come up with the hook for the Britney Spears song, “Hold It Against Me.”

McKee was working on “Teenage Dream” and Spears’ album “Femme Fatale” at the same time. In the TikTok, the songwriter explains how she had the melody for “Hold It Against Me” locked in, but couldn’t find a lyrical concept she liked. She kept going over cliche pickup lines, but nothing seemed right.

Then Perry walked into the studio one day and, according to McKee, she looked “bomb as f***.” McKee then said, “Damn, Katie. If I said you had a nice body, would you hold it against me?” At that moment, McKee knew she’d found the perfect hook for the Spears song.

Perry Has Spoken Up About #FreeBritney

Like many other celebrities, Perry has publicly voiced her support of Britney Spears’ petition to end her controversial conservatorship.

“We stand with Britney. Every woman has the right to not to be controlled, to do what she wants with her body and to be free and feel herself. We are committed to Britney and with everybody who have ever felt manipulated by anyone in their life. #FREEBRITNEY #FreeBritneyNOW,” Perry tweeted in June.

The “I Kissed a Girl” singer included two old photos of her and Spears at a movie premiere.

READ NEXT: Man With a Knife Arrested Outside Ariana Grande’s Home

Never Have I Ever’s Poorna Jagannathan: ‘I love the ferocity of the MeToo movement in India’

SNL: How much do the cast get paid?