Jennifer Huether Thanks Hallmark for ‘Sip of a Lifetime’ Movie Role 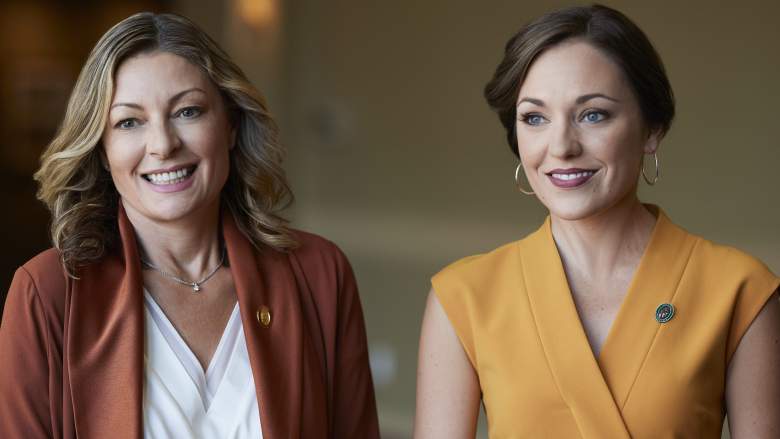 Raise a Glass to Love

Jennifer Huether had an opportunity to portray herself in Hallmark’s new movie “Raise a Glass to Love.” The master sommelier said the role was a “sip of a lifetime” for which she’s very grateful.

She Said the Cast Was Exceptional & Patient

Huether shared on an Instagram post that this was her acting debut, and she was thankful for the cast’s patience.

Thank you to @hallmarkchannel for inviting me to this sip of a lifetime to play myself in ‘Raise a glass to love’.

For those of you who enjoy Hallmark movies (myself) and wine and studies (also myself) or just want a chuckle at my acting debut- this airs next Saturday Night Sept 18th, 9pm Est on @hallmarkchannel. 🥂

A huge thank you to the exceptional (and patient) cast and crew who guided me through this nerve racking and expanding adventure. It was a real privilege- especially Laura Osnes who is a star on and off camera! …

Pairs with 🎥 : Of course cheese popcorn and your favourite Rose

Antonio Cupo replied: “I just watched the edit! You are going to be so happy!”

Laura Osnes, who plays one of the lead roles in the movie, replied: “Look who’s a star now! 🤩 Such an honor to share the screen & some vino with you through this process! 🍇 Thank YOU! Congrats & cheers! 🍷”

According to her website, Huether is a master sommelier, wine consultant, speaker, and spokesperson. She teaches wine classes, helps create and host VIP events, and is a spokesperson for some of the top wineries. She graduated at the top of her class for her sommelier certification and then earned a Diploma of Wine from WSET and an Advanced Sommelier, followed by passing the Master Sommelier Exams. She’s on the board of directors for Femmes du Vin and also works with Fresh City Farms.

Hallmark Has Premiered Other Wine-Themed Movies

The synopsis read: “Isabella is the ambitious new owner of her family’s Oregon winery whose dream of becoming world-renowned takes a big step forward when she enters a prestigious wine competition in Paris. Upon arrival, Isabella meets her biggest competitor, Jacques, from one of the world’s foremost winemaking families. Impressed by Isabella and her expertise in wine, a budding romance develops between them. However, as the results as the competition are announced, Isabella believes Jacques badmouthed her wine.”

Lacey Chabert and Andrew Walker starred in “My Secret Valentine.” In this movie, Chloe is upset about her dad possibly selling the winery and is at odds with the handsome wine rep, Seth.

An older movie called “Uncorked” starred Julie Benz, Scott Elrod, JoeBeth Williams, and Elliott Gould. Johnetta is sent to a conference in California wine country, where she meets the owners of a local winery.

Hallmark also premiered a movie called “The Chateau Meroux” in 2011. This starred Marla Sokoloff, Barry Watson, and Christopher Lloyd. The synopsis reads: “Wendy is left a struggling winery in her father’s will. While learning to manage it, she must contend with a cunning competitor and her feelings for his son.”

A new book explores the curious origins of “12 Angry Men”

Netflix CEO ‘Screwed Up,’ But Still Stands by Dave Chappelle’s ‘The Closer’

All ‘Dancing With the Stars’ Season 30 Theme Nights, Double Eliminations Leaked by Judge