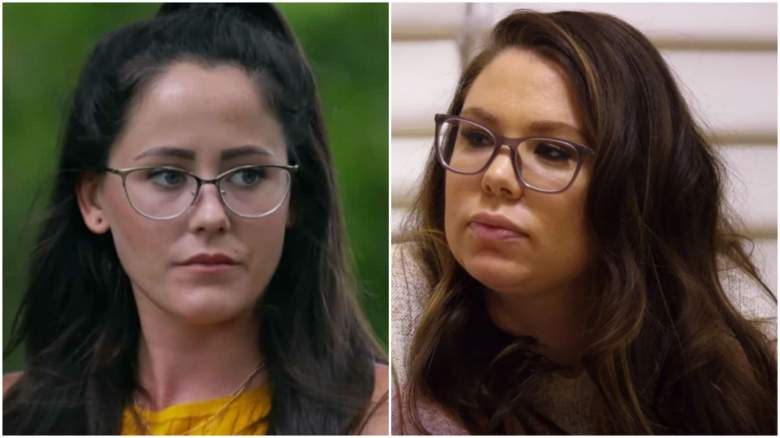 Evans was upset that the blog wrote stories about her and claimed that Lowry was one of The Ashley’s secret “sources.”

“Why don’t you write an article how you and Kail follow each other on Venmo? Do you pay her for articles or sources?? We all want to know,” Evans tweeted on October 16, 2021. “Before you write articles make sure you research cuz you’re a s***** a** reporter… Venmo always tells so much about a person. IDK why y’all make it so public.”

At the time this story was published, Lowry — whose Venmo account remained public — did not appear to be following The Ashely on the cash app. It wasn’t immediately clear where Evans got that information.

It’s far from the first time Evans has tried to call out Lowry. In a TikTok video from September 2021, which Evans later deleted, the vlogger slammed Lowry’s home build in Deleware.

“Before we bring up s*** from years ago, let’s see what you’re currently up to Kail… I’ve seen exclusive photos of your house and your land that haven’t been released yet… Um, how’s that working out for ya?” Evans asked. “You’re right on the d*** road.”

Evans has had an active few days on Twitter. Although she typically posts to outlets like TikTok and YouTube, Evans has been taking to the microblog to air some of her grievances.

In a string of tweets on October 14, 2021, Evans slammed her mother Barbara Evans and insinuated that she was forced into signing away custody of her oldest son, 12-year-old Jace.

The messages from Evans started after a fan asked: “If Barb was that bad, what kind of mother would let her raise their son?”

“CPS: ‘Sign him over to your mom or he’s going to foster care.’ Was I convinced and threatened to sign or did I really want to?” Evans answered. “’Go have fun with your friends Jenelle! I feel bad you haven’t. Go sleepover too! I’ll watch Jace’ Arrived home the next day to CPS in the driveway and someone saying to them ‘IDK where Jenelle is! she left and never came back home!!!’”

The “Teen Mom 2” alum was fired from MTV in 2018 after her David Eason husband shot and killed their pet dog, a French bulldog named Nugget. Eason had been released from the reality TV show the year before after he tweeted racist and homophobic messages.

Since then, Evans has continued to intermittently talk about her time on “Teen Mom 2.” In her most recent messages on October 14, 2021, she claimed MTV hid her “truth” from viewers.

“Bet none of you knew that, was it ever aired on tv?” she said about her mother telling her to go out with her friends when Jace was a baby. “No. I’m sick of the truth being hidden from the public. I deserve to have my son back. Don’t trust anyone with custody unless you truly can.”

The mother-of-three also claimed that MTV encouraged her to hang out with her friends when she was a new mother.

“And all the times I was ‘out partying’ on mtv… WHO TOLD ME TO GO PARTY?! Who wanted that footage?! THEM. Y’all probably thought I dropped out too right?” the North Carolina native tweeted. “Nope, went to school every day and even completed college. I’m not the villain.”

Eason has two more children of his own. He has a 13-year-old daughter, Maryssa, from his relationship with his ex-girlfriend, Whitney Johnson. He also has a 7-year-old son, Kaden, from his relationship with ex-girlfriend Olivia Leedham. Leedham has had full custody of Kaden since 2014, In Touch Weekly reported, while 13-year-old Maryssa lives with Eason and Evans. Ensley and Kaiser also live with Eason and Evans at their North Carolina home, also known as “The Land.”

According to a tweet penned by Evans, Eason hasn’t spoken to his middle child in months. “Yes, David has a son and has been trying to contact him for months but the other party refuses to even answer the phone,” she wrote.

Evans defended her husband against viewers who told the former “Teen Mom 2” star to leave him. “I don’t care what y’all think about my husband. Everyone has a past but he’s the best father and husband I could ever ask for,” she tweeted.

Akshay Kumar to jet off to the UK tomorrow to resume the shoot of his next film; read details – Times of India