Insiders Say Porsha Williams May Not Be Leaving RHOA: Report 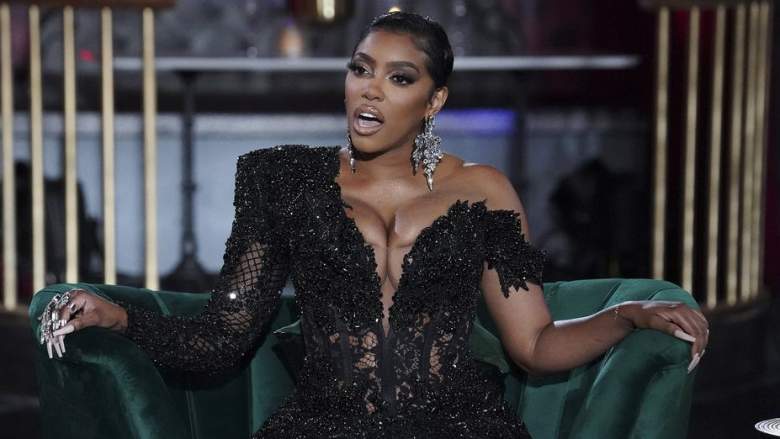 According to a recent report from journalist Anthony Dominic, it’s rumored that Porsha Williams will not be returning for season 14 of “The Real Housewives of Atlanta.” However, on September 17, 2021, multiple sources revealed to Page Six that her departure is not yet set in stone.

“Porsha is still in communication with the network and talks to participate in Season 14 are ongoing,” the insider told the outlet.

Another source told Page Six, “In the past, Porsha has repeatedly told her castmates that she doesn’t want to come back to the show. Even though it’s such a successful show and she’s loved by fans, she thinks she might want to explore her career beyond the show. She’s also worn out by Kenya [Moore] and all the drama she’s put her through.”

The second source continued, “There are so many opportunities for Porsha right now. There’s a feeling she may have outgrown ‘Housewives’ and could very well pull a Bethenny Frankel or NeNe Leakes, where she takes time off and then comes back.”

Season 14 of “The Real Housewives of Atlanta” is set to start filming sometime in October 2021.

During a recent interview with Entertainment Tonight, Andy Cohen admitted that there would be some casting changes on next season’s “Real Housewives of Atlanta.” Although Cohen didn’t reveal who would be getting the ax, he did say that there would be six women starring on the season.

“You know what? We are noodling with the configuration of Atlanta as we speak,” Cohen admitted during the August 10, 2021 interview. “I just threw out a little piece of paper that has the names of who I believe the cast will be. I am not going to show you … there are six names on this list.”

During the interview, Cohen also mentioned that he would love to see Shereé Whitfield back on RHOA. “I always love Shereé [Whitfield],” Cohen revealed. “I mean, we just brought Heather Dubrow back in Orange County and I thought that was great. It would be fun — I think it would be fun to bring someone back who no one would [expect]…”

Even though there might be some drastic changes coming to “The Real Housewives of Atlanta,” Kandi Burruss admitted during a recent appearance on Amazon Live that she was looking forward to seeing who else would be in the mix.

Catherine Zeta-Jones, 51, shows off her youthful figure as she perfects her hula hooping skills

Antim change at antim moment: Why Salman Khan’s film trailer launch venue had to be shifted – Exclusive! – Times of India

‘Cobra Kai’ Stars Dish on Significant Scenes for Their Characters

Who will spare us from the actor’s novel?

7 reasons to have more alcohol-free days each week

Apple working on earpods that can take your temperature