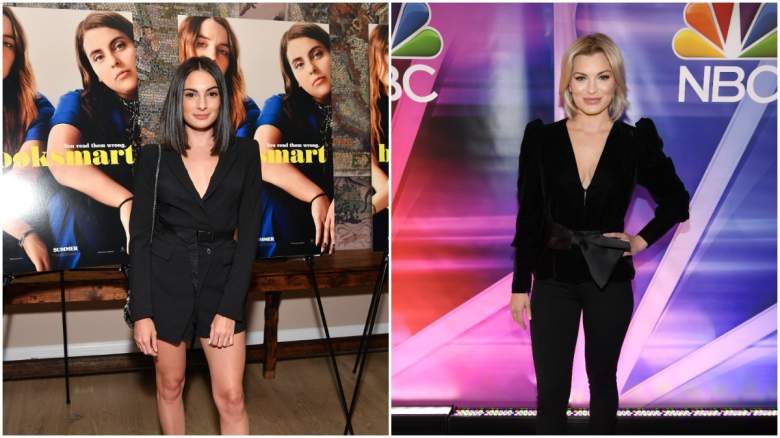 During a November 2021 appearance on the “Real Life with Kate Casey” podcast, Hubbard briefly spoke about DeSorbo dating Conover. She shared that she believes the Bravo stars are a good match.

She then referenced that DeSorbo lives in New York and Conover is a resident of Charleston, South Carolina.

“They’re making the long distance thing work and so yeah, I’m happy for them. Like I am a big — I love love. And you know, if they found love, then that makes me really happy. Because I think that everyone deserves it,” asserted the “Summer House” star.

During the “Real Life with Kate Casey” podcast interview, Lindsay Hubbard also spoke about her friendship with her “Summer House” co-star Carl Radke. She acknowledged that fans were under the impression that she and Radke may have rekindled their romance after she posted a picture of them from a Halloween event on Instagram. The photo, uploaded on November 1, showed the “Summer House” castmates dressed as the “Dirty Dancing” characters Frances “Baby” Houseman and Johnny Castle. She asserted that she and Radke have a platonic relationship, but understood why some viewers believe they are dating.

“Everyone keeps asking this, for good reason. Carl and I have been best friends for years, there’s no surprise there,” said Hubbard.

“He’s such an amazing guy. I have loved his sobriety journey because he — it’s like all the good, you know, I think I’ve always seen the good in Carl but it was sometimes masked by the bad that his drinking would bring out and you know, once he eliminated that it’s been all good, all the time. We hang out all the time. You know, we do everything together. We live in the same building, so it’s just super easy for us to hang all the time,” said the Bravo star.

While Carl Radke is not a “Winter House” cast member, he is familiar with Craig Conover and Austen Kroll. During an April 2021 interview with In The Know, the 36-year-old shared that he has spent time with a few “Southern Charm” cast members. He revealed that he “met Shep [Rose] before [he] was ever on ‘Summer House.’”

“We have mutual friends from the Charleston area. I actually met Shep at a bar in New York like a year before I was ever on Bravo,” explained the “Summer House” star. “And I was like, ‘Who the heck is this guy?’ But we became friends after that. But then over the years obviously you get to know the male Bravo guys more than the female sometimes.”

He also shared that he “hung out with Austen in New York” and has “stayed close” with the “Southern Charm” cast.

The four women who shook up philosophy

Squid Game has exposed how mediocre most Netflix shows are

Artist turns in blank canvases after being given $84,000 for museum artwork

Microsoft Just Dethroned Apple as the World’s Most Valuable Company With a Brilliant Strategy: Be Boring

Did you know that Salman Khan and his family were initially against Salim Khan’s decision to marry Helen? – Times of India