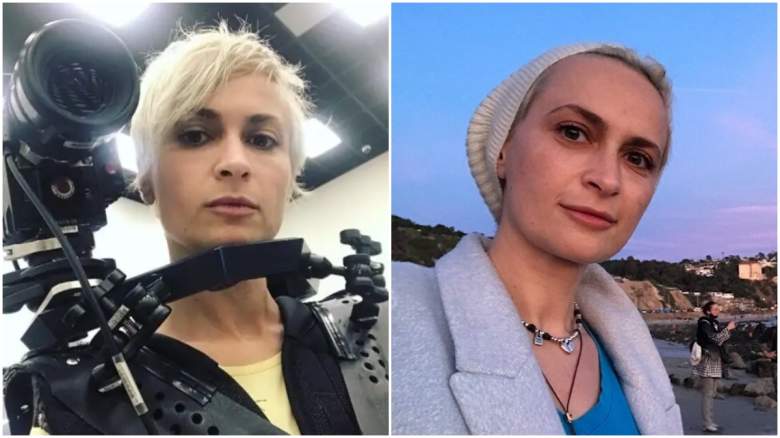 Halyna Hutchins, an Ukrainian woman who worked as a director of photography on Hollywood films and called herself a “restless dreamer,” was identified by sheriff’s officials in New Mexico as the woman shot and killed by actor Alec Baldwin with a prop gun.

Hutchins was the director of photography for Baldwin’s film, Rust; she died when a prop gun discharged, according to a local sheriff in New Mexico.

The prop gun misfired, Deadline reports, when Baldwin was holding it on the New Mexico set of the movie Rust, which Variety describes as an “independent feature” being shot near Santa Fe.

According to the Santa Fe New Mexican, Baldwin was questioned by authorities and was seen in tears. The newspaper reported that authorities are trying “to determine if the incident was an accident” as well as “what type of projectile was discharged.”

According to Variety, Baldwin, a co-producer on the movie, plays “infamous outlaw Rust, whose 13-year-old grandson is convicted of an accidental murder.”

The death brings to mind the tragic ending of Brandon Lee, the son of Bruce Lee, who was killed in a prop gun accident on the set of the movie, The Crow in 1993. According to Biography.com, in that case, a bullet had become stuck in a prop gun that was only supposed to fire blanks. It’s not clear what specifically led to the prop gun tragedy that took Hutchins’ life.

Tributes flowed for Hutchins. “Absolutely horrifying and devastating news about cinematographer, Halyna Hutchins. My heart goes out to her family,” tweeted the actor Elijah Wood.

1. Hutchins & the Film’s Director, Joel Souza, Were Both Shot by Baldwin; Hutchins’ Last Instagram Post Spoke About the ‘Perks’ of Shooting a Western

A news release from the Santa Fe County Sheriff’s Department says that deputies “were dispatched to the Bonanza Creek Ranch movie set of the western ‘Rust,’ October 21, 2021, when a 911 caller reported a shooting on the set.”

The sheriff’s office “confirms that two individuals were shot on the set of Rust. Halyna Hutchins, 42, director of photography and Joel Souza, 48, director, were shot when a prop firearm was discharged by Alec Baldwin, 68, producer and actor.”

Hutchins recently posted a video of herself on Instagram riding horses, and wrote, “One of the perks of shooting a western is you get to ride horses on your day off:)”

2. Hutchins, Who Studied Cinematography, Was From Ukraine & Called Herself a ‘Restless Dreamer’

On her Facebook page, Hutchins described herself as the “Director of Photography at ICG: International Cinematographers Guild (IATSE Local 600).”

According to her website, Halyna Hutchins was “a Los Angeles based union cinematographer who graduated from the AFI conservatory in 2015 and has since established a track record of successful narrative features. Halyna was selected as one of American Cinematographer’s Rising Stars of 2019 as well as a cinematographer for the 21st Century Fox DP Lab in 2018.”

She wrote that she “studied Cinematography at AFI Conservatory,” lived in Los Angeles, California, and was from Kyiv, Ukraine.

You can see examples of her work here.

3. No Charges Have Been Filed in the Death of Hutchins, Who Grew Up on a Soviet Military Base & Worked as an Investigative Journalist on British Documentaries

Hutchins’ website says that she “grew up on a Soviet military base in the Arctic Circle surrounded by reindeer and nuclear submarines. She holds a graduate degree in International Journalism from Kyiv National University in Ukraine and previously worked as an investigative journalist with British documentary productions in Europe.”

According to the website, “Her work on Adam Egypt Mortimer’s art house superhero action film Archenemy, starring Joe Manganiello, premiered at Beyond Fest 2020 and was in official competition at the Sitges International Film Festival, receiving a nomination for Best Motion Picture.”

Authorities have not filed charges in connection with Hutchins’ death, which remains under investigation.

The investigation “remains open and active. No charges have been filed in regard to this incident. Witnesses continue to be interviewed by detectives,” the Sheriff’s Department’s news release says.

It’s not yet clear whether there is any criminal culpability, but Baldwin was criticized by many people on social media anyway.

We now live in a world where Alec Baldwin killed someone.

Imagine if @AlecBaldwin had leaned how to safely handle a firearm instead of banning them for others.

You know who can’t imagine that? The woman he shot.

However, others offered well wishes and prayers.

Damn… prayers to Alec Baldwin and the people on that movie set.

“Deputies say the incident happened when a prop gun was discharged on #Rust set – looking into how and what type of projectile was discharged. @KOB4,” tweeted Tessa Mentus, KOB4 evening anchor.

4. Hutchins Was Transported to a Hospital, Where She Died

Hutchins was “transported, via helicopter, to University of New Mexico Hospital where she was pronounced dead by medical personnel,” says the Sheriff’s Department.

“Mr. Souza was transported by ambulance to Christus St. Vincent Regional Nedical Center where he is undergoing treatment for his injuries.”

5. Hutchins Posted Photos From the Set of the Movie, Rust, Praising the ‘Incredible Sky’ at Bonanza Creek Ranch

On her Facebook page, Hutchins’ top photo, from October 19, shows her on the set of the tragic film, Rust. “Our IATSE solidarity stand on RUST,” she wrote.

Twitter CEO Jack Dorsey Steps Down: ‘It’s Finally Time for Me to Leave’

‘The Challenge’ Cast Member Blasted: ‘People Need to Humble Themselves’

Erin Napier Shares a Glimpse of Her Holiday ‘Heaven’

Deepika Padukone to Akshay Kumar: Bollywood Celebs who are teetotallers | The Times of India

Barcelona could yet complete midfielder deal despite Ronald Koeman’s decision

Follow this secret formula for making a delicious meal every time