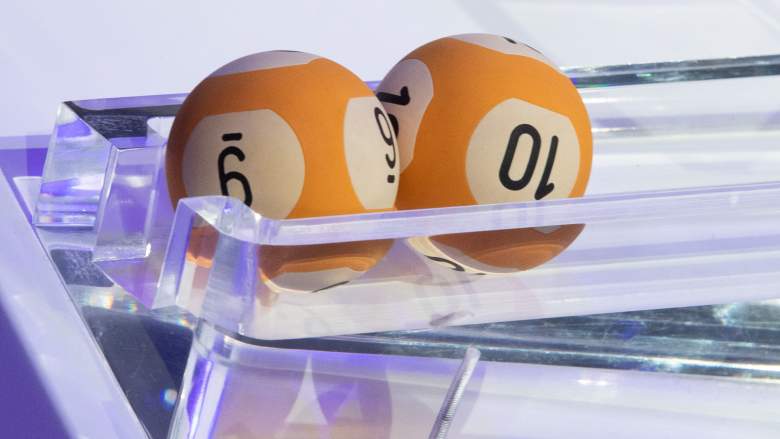 A drawing for Euromillions. The Hallmark star’s family member won a lottery in Canada.

A Hallmark star recently shared that her cousin won a multimillion-dollar lottery in Canada. Lisa Durupt shared the happy news on Twitter.

Her Cousin Won a $5 Million Lottery

Durupt wrote on Twitter, “You know when they say “Oh come on…that would be like winning the lottery?” WELL HOLY F$%# MY COUSIN JUST DID!!!!”

CTV News reported that Louis Montroy won $5 million in the LOTTO 6/49 jackpot that was drawn on November 24. He matched all six of the prize numbers.

He said in a statement: “I’m going to make sure my kids are taken care of… I want to help them out with whatever they need. After that, I have no idea what I’m going to do!”

He said that at first he thought he won $50,000 from the ticket he bought at Canadian Tire Gas Bar in Brandon. But then he realized it was actually $5 million and he almost couldn’t believe it. He said he checked his numbers multiple times, including having his wife check them, before he believed it was real.

He said: “I checked the numbers again and again, and almost fell out of my chair every time. I kept saying, ‘Man, oh man! I can’t believe this!’”

She Starred in a Hallmark & a Lifetime Christmas Movie This Year

She and her husband, Mike Lyons, own Tri-Cities Film Studio, which offers acting lessons and a taping studio in the city, TriCityNews shared.

Durupt wrote about her new Hallmark movie, “Well we can add another amazing, fierce, loving human to the list of non biological sisters I am keeping for life: @jschramer … and directed by my fav @peterbenson889 !!!! (Plus our EP was non other than @blakeshelton so you know the music is going to be awesome!)”

Jessy Schram replied: “You are fantastic in this ❤️❤️ couldn’t have asked for a better sister :)”

Durupt played Hannah Swensen’s sister, Andrea Todd, in the “Murder She Baked” series. However, her character wasn’t featured in the newest “Hannah Swensen” movie, but Hannah’s other sister was featured instead. Many fans wondered why Andrea was missing from the movie.

In an interview with TV Goodness, Sweeney revealed that the character change was made because Durupt couldn’t be part of this new movie and Michelle, Hannah’s other sister, played a big role in the books.

Sweeney said, “I love [Lisa] so much and hope that we can make it happen [for her to return].”

This Cop Shot a Wheelchair-Bound Man Nine Times. It Took 5 Weeks For Him to Lose His Badge

Andy Cohen Addresses Report That Kelly Ripa Was ‘Upset’ With Him

Malavika Mohanan looks like an ethereal being in these pics

When Alia Bhatt says ‘Kanya Maan’, she is emphasising the need to respect women in a country where they are getting raped every seven...