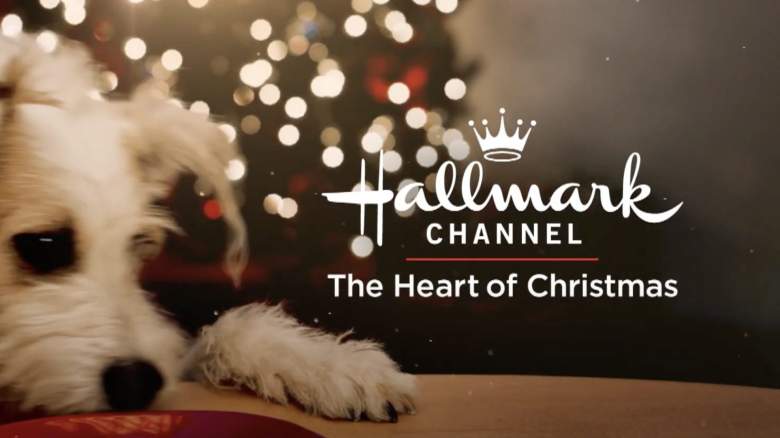 The Hallmark Channel recently aired its first Countdown to Christmas promo on TV, which had a fun Halloween theme. But this original promo, which was also posted to YouTube, was later removed from Hallmark’s YouTube channel. When it was put back on the channel later, all mentions of the premiere date had been removed from the video itself. However, Hallmark is still advertising the premiere date in other places. Here’s what happened.

You can see the current Hallmark promo for Countdown to Christmas 2021 in the YouTube video below.

Now compare this to the original video, as shared by a Hallmark fan who recorded it when it aired on their TV on Saturday night during “Roadhouse Romance.”

I recorded it on my phone from my TV Saturday night when it played during Roadhouse Romance. It was so freaking cute & is how I am, when kids come to my house to trick or treat I always have Countdown To Christmas playing in the background on my TV w/ Halloween/Christmas up🤣🎃🎄 pic.twitter.com/WjzYbjeKus

When Heavy first reported on the promotional video and shared a transcript of the voiceover, it read: “At Hallmark, we celebrate Halloween a little differently. The movies of Countdown to Christmas start October 22. Only on Hallmark.”

The new video’s voiceover has the premiere date removed and now simply says: “At Hallmark, we celebrate Halloween a little differently. The movies of Countdown to Christmas. Only on Hallmark.”

In addition, the new video removed the graphic that stated the movies were starting on October 22. Here’s how the original graphic looked:

The new version’s scene with the sleigh is shown in the screenshot below. The date’s been taken off the YouTube video.

It’s worth noting, however, that the headline on the new YouTube video still states that Countdown to Christmas is starting on October 22, as you can see at the very bottom of the YouTube screenshot below.

So even though the date has been removed from the video itself (in both the voiceover and the graphic), the video’s headline still says that October 22 is the premiere date. It’s not clear as of the time of publication whether the TV version of the ad will be changed too or not.

The Twitter account SleepyKittyPaw also noted that Hallmark’s app still lists October 22 as the day that Christmas movies are premiering.

Weird, because, you’re right, it’s no longer anywhere in the promo, which if I recall correctly also originally ended with date on final sleigh pic.

But they do still list Oct 22 on the YouTube video page and the app countdown hasn’t changed.

Hallmark has been advertising October 22 as the start date for Countdown to Christmas since July, @SleepyKittyPaw noted, so it seems unlikely the premiere date would be changed.

Penny Lancaster, 50, shows off leggy figure as she cosies up to husband Rod Stewart, 76

Shah Rukh Khan and Aryan Khan get support from Karan Patel; says ‘Using the Prince to get back at the King is the most...

Sci-Fi Is a Good Way to Learn Political Theory