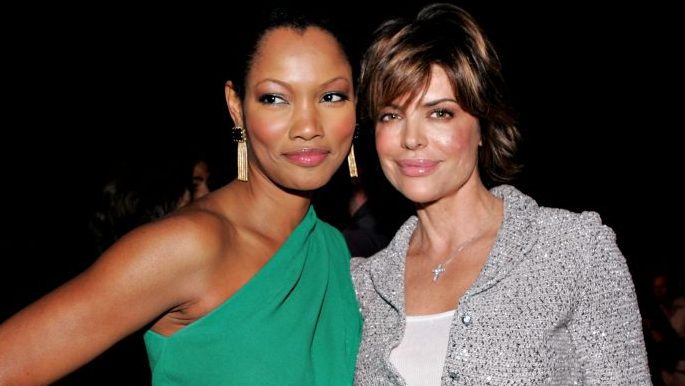 Garcelle Beauvais and Lisa Rinna in 2006

Garcelle Beauvais is certainly being “open and honest” about how she feels towards Lisa Rinna these days.

During a sneak peek clip of next week’s “Real Housewives of Beverly Hills” episode posted by Bravo, Beauvais confronts Rinna about how she has been treating her this season. “I feel like, and I’m gonna say this, I feel like the four of you are together, and then me and Crystal and Sutton are on the other side of everything,” Beauvais admits to Rinna as the two of them sit in her living room together.

Later on in the scene, Beauvais shares some examples where she felt like Rinna didn’t look out for her, like when Erika Girardi got angry at her in La Quinta. In return, Rinna also hit back with some examples for Beauvais. “After the party, with the cake and stuff, you said ‘thank you’ in the moment, but not after,” Rinna told Beauvais about the birthday party she threw her earlier this season. “And then, I didn’t get a text from you after I brought the sauce.”

Viewers can catch all-new episodes of “The Real Housewives of Beverly Hills” every Wednesday night at 8 p.m. Eastern Time on Bravo.

Beauvais and Rinna Have Had Problems in Their Friendship Before

During season 10 of “The Real Housewives of Beverly Hills,” Beauvais and Rinna ran into problems in their own relationship, as Beauvais disagreed with how Rinna handled the situation with Denise Richards. Last season, Richards was accused of having an affair with former star Brandi Glanville, which Rinna pushed her on.

Earlier this season, however, Beauvais and Rinna had a sit-down to talk about the previous issues that they’ve had with each other.

“I was harder on Denise than I needed to be. I’d much rather [have] been like you and gone, ‘I don’t care, I’m standing by my friend,’” Rinna admitted to Beauvais during the season premiere. “Like, that’s f***ed up. Absolutely, 100 percent.”

Even though Beauvais and Rinna may be on speaking terms now, during a May 2021 interview with Entertainment Tonight, Beauvais admitted that she still doesn’t trust Rinna “wholeheartedly.”

“I think she wants to make it right, but I don’t think you can make it right over one drink or dinner,” Beauvais told the outlet at the time. “I felt like she went to a place that was so unnecessary last season, so it was hard for me to get around that, and we’re still working. I mean, I told her flat out that trust is important, and I don’t necessarily trust her wholeheartedly. So during the season you will see us trying to figure it out. Some good, some not so much.”

The Parkinson era is long gone: Why we don’t have room for a serious chat anymore

Salman Khan’s moves court against ‘Selmon Bhai’, a game based on his hit-and-run incident; court orders to take it down – Times of India

Billy Crudup interview: ‘Pouting is not the future’

Live updates as Richard Branson sends himself to space

Greece wildfires: Should I cancel my holiday?