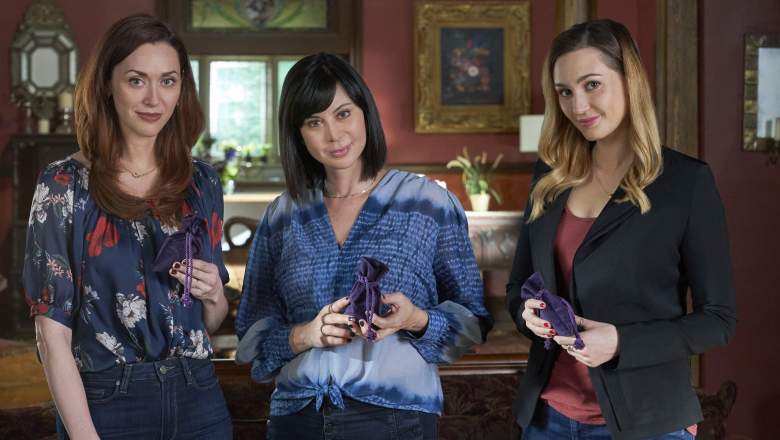 Bill Abbott, who launched the new GAC Family TV network in September 2021, recently addressed questions about the network’s upcoming plans, including whether there was a chance he might be interested in acquiring Hallmark’s canceled series, “Good Witch.” Abbott is the former CEO of The Hallmark Channel.

He Said They Might Be Interested in ‘Good Witch’ Someday, But ‘We’re Not at That Point Yet’

In an interview with NextTV, Abbott responded to a question about whether GAC Family would ever be interested in acquiring Hallmark’s canceled series, “Good Witch.”

He said: “That was certainly a great series and James Denton and Catherine Bell were terrific in it. We would certainly love to entertain that, but we’re not at that point yet. If there’s any good content that’s family friendly, we are open for business for sure.”

Abbott noted that he also wasn’t certain who currently owns the rights to “Good Witch.”

Abbott, the former CEO of The Hallmark Channel, launched GAC Family and GAC Living under the umbrella of GAC Media on September 27. GAC Family is airing 12 original Christmas movies this holiday season.

When “Good Witch” aired its season finale earlier this year, Heavy asked Hallmark if they had plans to air “Good Witch” movies in the future.

A Hallmark representative told Heavy: “We have no immediate plans for another ‘Good Witch’ movie. That said, Catherine Bell, James Denton, and Katherine Barrell, among others, are members of the Hallmark Channel family, and we are in discussions on future projects.”

The final episode of “Good Witch” aired on The Hallmark Channel in July. In a Facebook Live discussion, James Denton (who played Sam) and Catherine Bell (who played Cassie) said that two endings had been filmed for the finale, with one of those endings fitting an end to the series. However, they didn’t know at the time of filming that the series was canceled.

Bell is currently filming a new movie that is going to air on Lifetime.

The question about whether GAC Family might ever acquire “Good Witch” was a natural one, considering that GAC Family has already acquired another series from Hallmark: “When Hope Calls.”

Lori Loughlin will revive her role as Abigail from “When Calls the Heart” in the second season’s two-part opener, airing on December 18. Carter Ryan will revive his role as her son, Cody. You can watch a video of one of Loughlin’s new scenes as Abigail in Heavy’s story here.

Daniel Lissing, who played Jack on “When Calls the Heart,” will also be appearing in the two-part opener, although the nature of his role has not yet been revealed.

Lissing told  ET Online in a statement about his role: “I’m excited to be invited to participate in the season 2 premiere of ‘When Hope Calls.’ I’m also very much looking forward to meeting the ‘When Hope Calls’ team and to be working with my friend Lori again.”

You can learn how to watch GAC Family on TV in Heavy’s story here.

Rajinikanth admitted to hospital in Chennai – Times of India

No Stunde Null for the Nazis’ favoured artists

Is Monica Lewinsky Married? Does She Have a Boyfriend?

‘Dragon Age’ and Why It Sucks to Play Cult Favorite Games