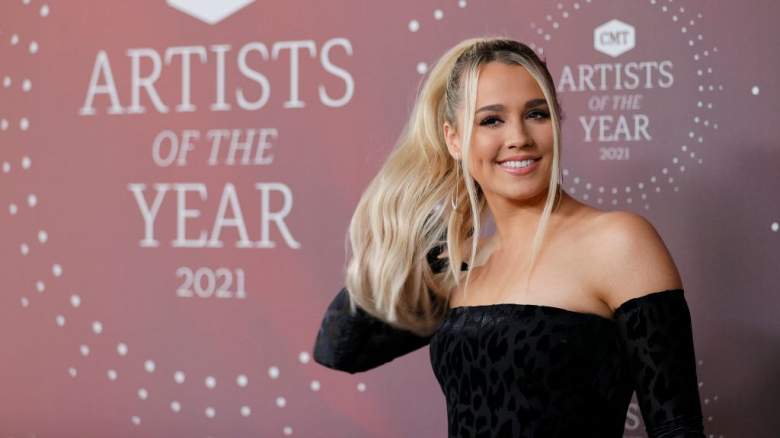 Gabby Barrett is performing at this year’s CMA Awards.

Country singer and “American Idol” alum Gabby Barrett released a music video for her song “Footprints On The Moon” in September 2021. The song was on her 2020 album “Goldmine.”

If you thought you recognized a familiar face in the “Footprints On The Moon” video, you’re correct. Barrett’s husband Cade Foehner makes an appearance shredding on the electric guitar. Foehner is also a singer, who met his wife while they were both contestants on “American Idol.” The couple’s baby daughter Baylah May, who was born on January 18, 2021, is also in the video.

Although the music video suggests that the song is a message to a younger version of Barrett, including her daughter makes the song double as inspiring advice to her baby girl or anyone else out there with a dream. “You can do anything, anything you want to. There’s footprints on the moon,” Barrett sings in the song.

Barrett Is Nominated for 4 CMA Awards

The “American Idol” alum will be performing her CMA Award-nominated song “The Good Ones” on the award show. The song is inspired by her husband. Barrett told The Boot that the song’s title came to her when she was thinking about the early days of her relationship with Foehner.

“People in my family would ask me, like, ‘How’s your boyfriend doing?’ Ad I’d be like, ‘Oh, he’s good. He’s a good one. He’s a keeper.’ And I’ve heard other girls say that too, like, ‘Oh, he’s a good one,’” Barrett said. This realization prompted her to write a song about “the good ones” out there.

She told “The Boot” that after releasing her song “I Hope,” which is about infidelity, she wanted to release a happy love song so she wasn’t “just saying all relationships stink and you can’t ever trust anybody, because that’s definitely not the case.”

When to Watch the CMAS

The CMA Awards begin at 8 p.m. Eastern time on ABC on November 10. Luke Bryan is hosting the show and over 20 of country music’s biggest artists are taking the stage to perform.

Bappi Lahiri rubbishes false reports of him losing his voice, calls it ‘disheartening’ | The Times of India

Is Chris Harrison Watching Michelle Young’s Season of ‘The Bachelorette?

Why is ‘Sweet Caroline’ an England football song?

Should You Workout During Periods? Know From an Expert Nutritionist

Jackass star bitten after failing to ‘jump the shark’