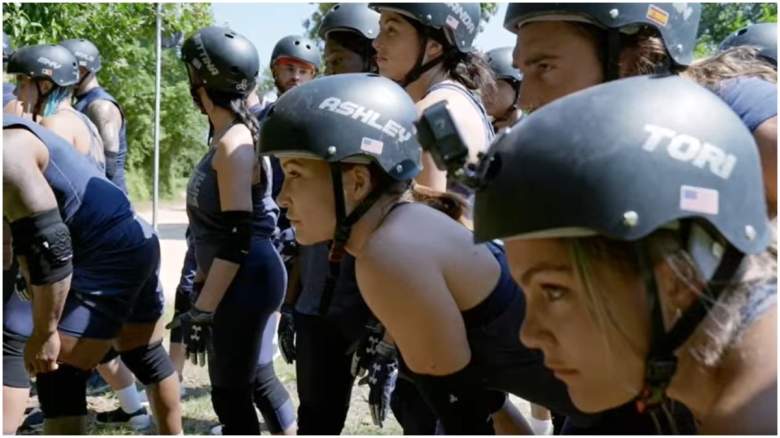 The Challenge Spies Lies and Allies

In last week’s episode of “The Challenge,” Emy Alupei once again made a risky move by putting herself into elimination in order to switch teams and join CT Tamburello on Sapphire. During the episode, viewers saw CT telling Emy that he’d love to have her on his team, calling it “Team Layup.” Emy was ultimately successful, defeating Bettina Buchanan in elimination.

On the aftershow, Emy provided more context to her decision which opened up the conversation to reveal some interesting behind-the-scenes politics that fans didn’t get to see in the episode. Emy began by explaining that her team, Ruby, wasn’t winning and that constantly put her on the chopping block as a rookie, so she thought going up against Bettina was a great opportunity to switch to a team that had more chance of winning challenges.

Devin Walker then provided additional context and revealed an alliance on the show that hasn’t been included in the final edit of the episodes. He also revealed the Emerald cell’s plan which shaded two of their co-stars on “Spies, Lies and Allies.”

Devin said Emy’s decision to go into elimination against Bettina was “peak aquamarine.” In response to Devyn pressing him for more information, he revealed, “Aquamarine is an alliance that was formed between the Sapphire and the Emerald cell. And so everyone that was on Ruby was trying to jump ship to get over to either Emerald or Sapphire.”

He said the people who had the choice to infiltrate, like Kyle, didn’t want to infiltrate Emerald because their friends were on that team, so it only left Sapphire as an option. “So it was really, Kyle went over there because he knew it was a two-team teamup, and CT was asking for Emy to go over there.”

Devin then revealed the Emerald team’s ultimate plan beyond the alliance, telling viewers, “our whole plan the entire time was to keep Amanda [Garcia] and Big T [Fazakerley] on separate cells that weren’t ours so that they always had an anchor. That was the plan, the whole time, to make sure that Sapphire and Ruby had either Big T or Amanda and we didn’t want them both on one team, we wanted to spread the anchors out.”

In the same episode of “Aftermath,” Kyle spoke about his decision to pick Sapphire over Emerald that ultimately caused a big argument between him and Nelson at the beginning of the episode. Kyle explained that Nelson was upset that he took his place on Sapphire but Kyle said, “I just couldn’t be on Ruby.”

He added, “I was thinking about going over to Emerald which I should have really, but I just wanted to be close to CT and I just wanted him to carry me on his big, strong back to victory.” After Kyle explained why he chose Sapphire over Emerald, Devin Walker told Devyn the tea behind the decision, which is that Nelson had repeatedly told Devin to put Kyle into elimination over Kyle sabotaging him earlier in the season.


More Heavy on The Challenge News

Kriti Sanon makes a stunning statement in green, while Arjun Kapoor asks if she’s copying his captions – Times of India

Sanjay Dutt’s daughter Trishala Dutt accepts fan’s marriage proposal on Instagram; reveals how she is getting ghosted after first dates – Times of India

The doctors trekking the Himalayas to vaccinate its remote villages