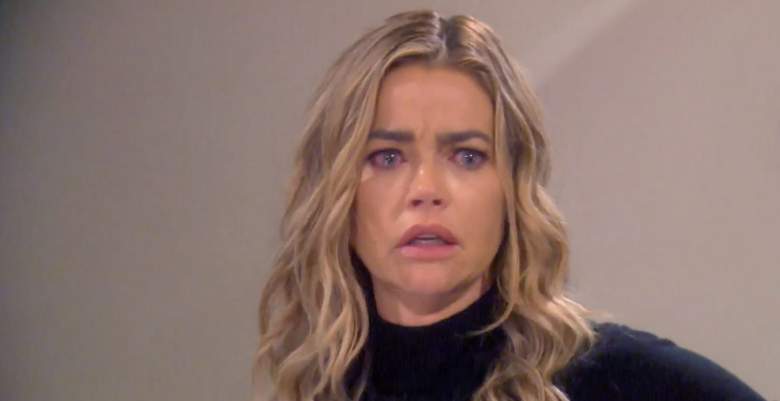 Denise Richards and Charlie Sheen’s 17-year-old daughter Sami Sheen has made claims that she moved out of an “abusive household.”

Sheen posted a now-deleted viral TikTok earlier this week making the allegations. She wrote in an emotional video, as captured by Page Six, “1 year ago today: trapped in an abusive household, hated myself, would go days without eating or sleeping, insanely depressed, hated school, etc…”

The video then took a positive turn with her writing, “now: finally moved out of the hell house, had a spiritual awakening, own 2 cats, happy single, full of self love, and dropped out of high school :).”

Sheen did not clarify where she was living when she experienced the “abusive” behavior. Richards and Sheen got married in 2002 until they separated in 2006. The couple shares two daughters together: 16-year-old Lola and 17-year-old Sami.

Richards herself adopted her 10-year-old daughter Eloise after they broke up, and she married Aaron Phypers in 2018. Viewers watched the wedding during an episode of “The Real Housewives of Beverly Hills,” where she starred for seasons nine and ten. During her time on RHOBH, her daughters appeared to be at least partially living with her.

Richards herself has not expanded on her daughter’s claims. A source close to Richards told Page Six that Sheen’s allegations were “teenage angst.”

The source added, “Denise set normal rules that any parent would be setting. She’s a mom and a parent and there are rules. She didn’t want to follow the rules.”

The source continued saying, “Charlie didn’t support implementing Denise’s rules. He has a different way of parenting and Sami decided to live with her dad….Denise loves her daughter very much and she’s saddened by the situation.”

Charlie Sheen’s rep told Page Six, “Sam’s amazing. I love her and all my children unconditionally. We’re having a ball. GED here we come!”

Fans Had Mixed Opinions on the Situation

Fans took to Twitter and Instagram to share their thoughts on the accusations. One fan tweeted, “As a mother of 4 daughters I know how dramatic they can become when implementing rules. Add being famous and social media…”

Another wrote, “Don’t want to invalidate her but… my guess is Denise had rules she didn’t want to follow, so she moved in with her father who is none other than Charlie Sheen. Do we think that’s a well regimented household? I mean, a high school dropout? I had friends like this. Never good.”

One tweeted, “Denise Richards, being a mother of a teenage daughter is literally THE most difficult time as mom because they don’t understand how much we love them.exactly what is going on with Sammy. She can’t help it, rebel against to and are cruelest to the one who has been there the most.”

Many fans seemed to agree. One wrote on Instagram, “Wow Denise tried to parent her and she rebelled by dropping out of school and going to live with Charlie? Wow she really showed Denise.”

READ NEXT: Andy Cohen Claps Back at Internet Troll

What Owen Wilson said in his SNL opening monologue

How serious is the government ‘ban’ on new gas boilers from 2035?

A gripping “Rigoletto” keeps the focus on emotion