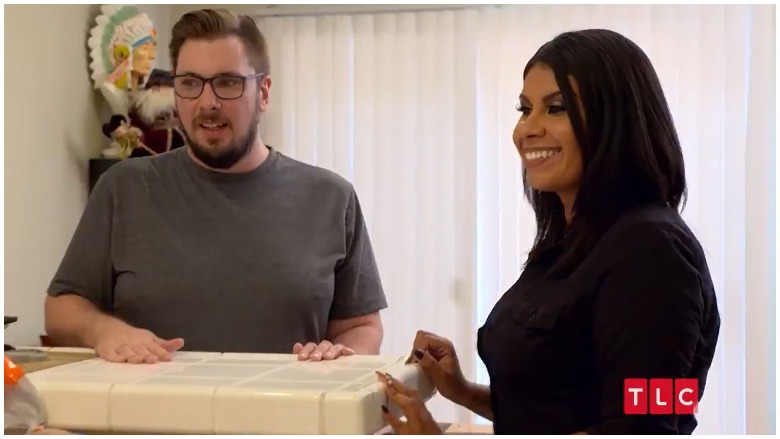 Colt Johnson appears to have a love triangle with his girlfriend Jess and his “best friend” Vanessa. Here’s what we know about Colt and Vanessa’s relationship.

“Vanessa and I have experienced a loss we’d like to share,” Johnson wrote in the Instagram caption of a series of photos documenting the pregnancy. “We recently discovered she was pregnant. This came about by surprise and really changed our perspective on life and our future. We started to think about a future with our child,” he continued. “We both became really happy with the prospects and imaginations of sharing a life with them. Unfortunately, the only news I can give on them is that they will no longer be joining us. It breaks my heart.”

While appearing on “The Single Life Tell All” the couple revealed they got married in April while on a road trip to Reno, NV

“It was a chapel by the river,” Johnson said. “It was very simple, very basic and private. My mom didn’t know.”

When Johnson appeared on “90 Day Fiancé: Happily Ever After?” with his then-love interest, Jess Caroline, he wasn’t being faithful. The pair eventually split but not before many arguments occurred where Caroline accused Johnson of cheating on her with Guerra.

He always denied the accusations.

It wasn’t until the season was over that Johnson finally came clean to Caroline about the affair according to ET.

So when Johnson and Guerra became an official couple and appeared on “The Single Life” they decided to apologize to Caroline, who has since moved on and gotten married.

“I’ve learned a lot and grown a lot, and I feel like I owe it to Jess to tell her what really happened between Vanessa and I,” Johnson said during episode 15. “Even though I told Jess that I had an affair with Vanessa after I came back from [our trip to] Brazil, that’s not exactly the reality. The truth is it started about a month after Jess and I started dating.”

“It’s a very awkward situation,” Guerra said. “But if Colt and I are going to move forward, I need to get this off my chest.”

So it should be of no surprise that Debbie, a widower, might appear on “90 Day The Single Life” season 2.

Throughout her appearances alongside her son, Debbie has made some revelations about her past, including admitting to multiple one-night stands. She also admitted to being a go-go dancer at the famous Whiskey a Go-Go, in Los Angeles.

Per the teaser trailer for “90 Day The Single Life” season 2, Debbie will be going on blind dates set up by her son Colt.

How Channel Seven ‘blindsided’ Nine by pouncing on The Voice Australia

Oh my crump! The cast of Stath Lets Flats on making their cult cringe comedy hit

“Making Nice” is a gratifying satire of the internet age

Katharine McPhee, 37, hints at svelte midriff as she grabs lunch with David Foster, 71

NCB: Certain incorrect information has been shared on social media regarding Sameer Wankhede – Times of India