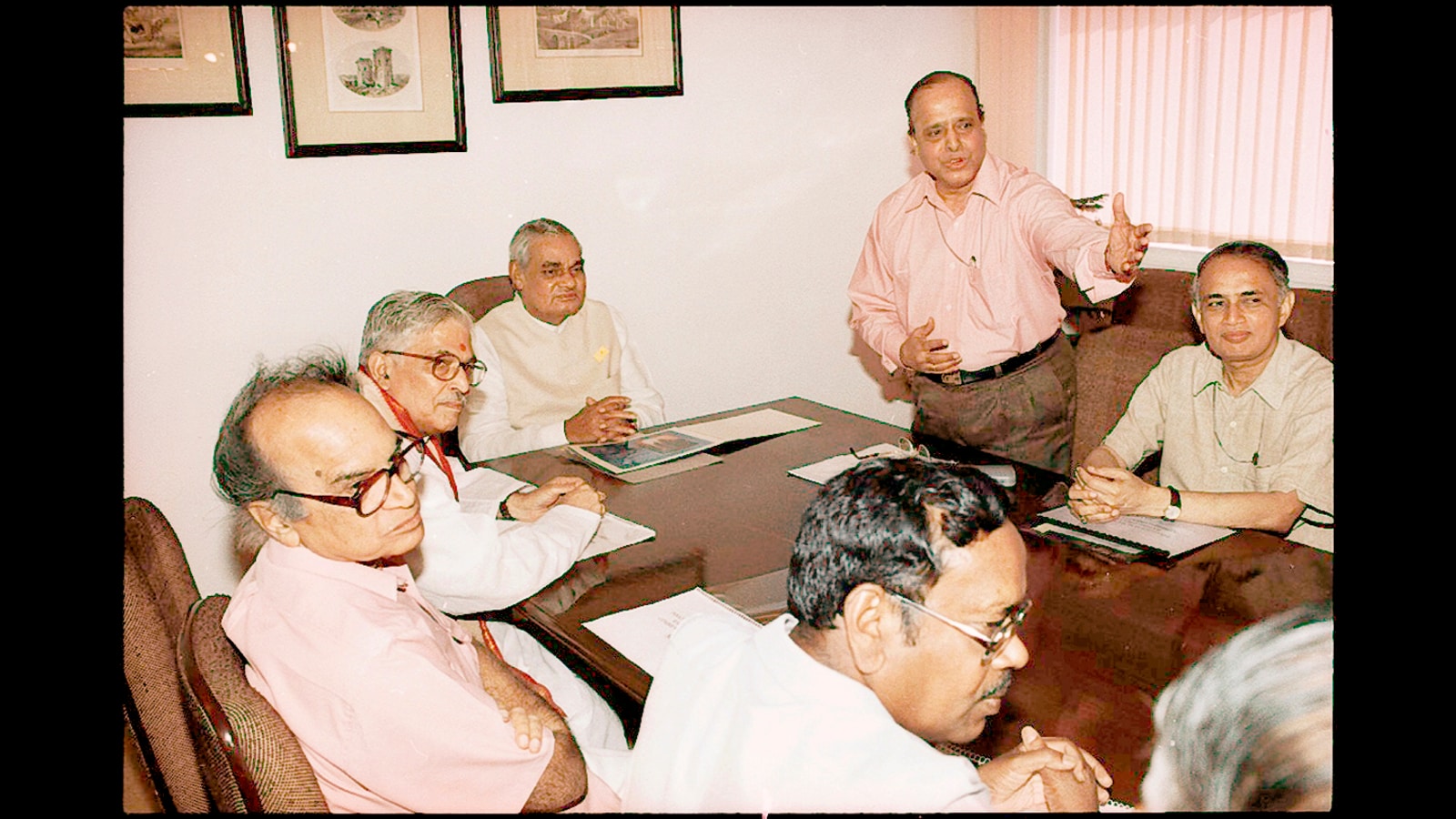 When one of India’s renowned space scientists writes a book, the reader expects to get up close and personal with the country’s space effort. Space and Beyond: Professional Voyage of K Kasturirangan helps you do that, offering a grandstand view of the Indian Space Research Organisation (ISRO)’s development story from its humble beginnings to becoming one of the world’s leading space agencies. While many others have chronicled this fascinating tale, Kasturirangan gives exclusive insights into the complex processes behind visualizing and incubating ideas and technology that transformed not only ISRO over the years, but India’s development landscape as well.

As a former ISRO chief, K Kasturirangan is uniquely placed to tell this story, having had five successive prime ministers entrusting him with decision-making at the highest level on crucial national development programmes. Edited by BN Suresh, Chancellor of the Indian Institute of Space Science and Technology, Thiruvananthapuram, this collection of lectures delivered at major national and international fora over the years, offers distilled wisdom on the managerial attributes and leadership qualities that are indispensable to any endeavour.

Kasturirangan’s journey from a boyhood “gazing up in sheer awe at the Ernakulam night sky unchallenged by electric lights”, to becoming an astrophysics researcher under Vikram Sarabhai, the father of India’s space programme (who also guided India’s nuclear energy programme), to his eventual involvement in India’s space effort for over 35 years — nine as its chairman — makes for absorbing reading.

During his “professional voyage”, he wore many hats, including that of member of the Rajya Sabha and the Planning Commission of India. So we get to know the inside stories behind key national development initiatives like the Indo-US Nuclear Agreement of 2008, the High Level Working Group for “developing the strategy for the conservation and preservation of the Western Ghats” and “India’s blueprint for education for the next 20 years” (the National Education Policy 2020).

The main focus of the book, of course, is on India’s space programme “where science, applications and technology went hand-in-hand to carve out a unique niche for space in the context of national development.” Any vision for development should encompass the integration of economic and technological growth with the social and cultural ethos. So Kasturirangan says India’s progress in the next quarter century will be “influenced by several dimensions of national endeavours into which the vision for space applications has to dovetail.” He explores the potential of space technology to help alleviate poverty and catalyse social changes in the country. “Imagery and data from Indian Remote Sensing (IRS) satellites are used for vital applications such as locating availability in habitations having no access to drinking water, monitoring agricultural crops, providing advisories to coastal fishermen, wasteland management programmes and disaster management support.”

As a young scientist weighing offers of lucrative research positions abroad, Kasturirangan recounts how Sarabhai gave him the choice of staying back in India as a system specialist in the fledgling space programme. This led to his “very special role in the design and development of India’s first satellite, Aryabhata” and later leading teams that also built India’s first earth observation satellites —Bhaskara-I and Bhaskara-II, followed by the series of IRS satellites. These satellites are among the most advanced civilian applications satellites in the world. Global satellite manufacturers plump for IRS imagery and leading European companies import Indian satellite subsystems. Similarly, the Indian National Satellite (INSAT) system communication satellites whose development Kasturirangan oversaw, provide India’s billion-strong population with a “communications outreach of 70-75 percent… encompassing almost 90 percent of the geographic area of the country.”

The book describes the building of rockets like the Satellite Launch Vehicle (SLV)-3, the Augmented SLV, ISRO’s workhorse launcher, the Polar SLV and the Geosynchronous SLV, offering a broad-brush intro to esoteric topics like solid/liquid propellants, inertial guidance and cryogenics. For those interested, calculations and diagrams pepper the text too. The untold story of how India’s Chandrayaan moon missions actually began — when the author first thought aloud about it in a 1999 lecture in New Delhi, and “which elicited tremendous response” — is particularly interesting.

There is a workman-like account of how the Physical Research Laboratory, Ahmedabad became “the cradle of the Indian space programme… culminating in the formation of ISRO in 1969.” Sarabhai’s vision of India’s role in space exploration “withstood the test of time over more than four decades,” defining ISRO’s approach to building satellites and launch vehicles: seeing them only as a means to that end, and not an end in themselves. This guided the author’s illustrious predecessors at ISRO like MGK Menon, Satish Dhawan and UR Rao whose unique leadership qualities helped India achieve technological self-reliance in space.

Space and Beyond: Professional Voyage of K. Kasturirangan may be pricey but is undoubtedly a treasure house for researchers, scientists, policymakers and students alike.

Sonja Morgan Talks Next Season of RHONY Amid Cancelation Rumors

Valerie Taylor: ‘You might be able to direct a dog , but you can’t direct a shark’

LOOK: Photos from ‘When Calls the Heart’ Deleted Scene with Nathan

Childhood obesity DOUBLED during the pandemic