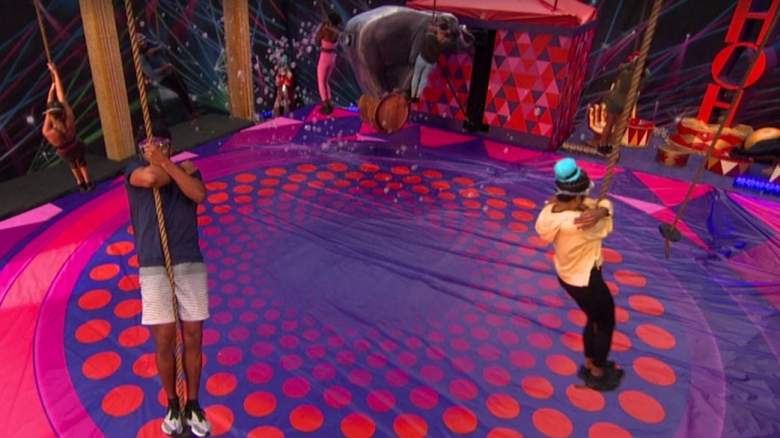 Who did this week’s Head of Household nominate for eviction?

Thursday night’s Head of Household competition played out on the live feeds after the episode ended. During the CBS broadcast, only Derek F. and Alyssa were eliminated.

Who is the new Head of Household? And who have they nominated for eviction this week?

Read on to find out, but beware of spoilers.

DO NOT KEEP READING IF YOU DO NOT WANT TO READ SPOILERS ON THE HOH COMPETITION RESULTS OR NOMINATIONS FOR WEEK NINE.

Tiffany Is Head of Household

Tiffany managed to secure two HOH wins in a row. Since she was secretly dethroned by Claire last week, she was eligible to win while Claire was not. Claire still played but had to throw the competition.

The last two hanging on at the end of the endurance competition were Tiffany and Kyland. Tiffany was planning to throw the competition to Azah, but when she saw that Azah was struggling and Kyland was hanging on, she decided to stay in the game.

On the live feeds, Tiffany explained to Derek F. the reason she wouldn’t let Kyland win. During the competition, she started thinking about the fact that no one has ever won two HOH’s in a row and that a Black woman has never won two HOH’s in a single season. She also didn’t want Kyland to have three HOH wins on his resume.

Since the early days of The Cookout, the alliance has acknowledged that each of them will have to lose a close friend in this game in order to get to the final six together. At times, they’ve had to go on the block next to those friends, as was the case last week with Kyland and Sarah Beth. This week, it’s time for Xavier to lose Alyssa.

If someone else from The Cookout had won HOH this week, the nominees may have been Alyssa and Claire. But since Tiffany is close with Claire, she chose to put Xavier on the block next to Alyssa.

What Happens If Alyssa Wins the Veto?

During this week’s veto competition, everyone will be playing hard to make sure Alyssa doesn’t win. But there’s still a chance that Alyssa could pull out a victory and take herself off the block. That would put Tiffany in a tough spot.

In that scenario, Tiffany would have no choice but to select Claire as the replacement nominee. That would not only be devastating to Claire, but it would also raise alarms for Alyssa, who would then be staying in the house. At the very least, it would certainly make Alyssa question who Tiffany is really working with.

Tiffany has already accepted that backdooring Claire is a possibility this week, depending on the veto outcome. She told Derek F. she’s willing to lose a jury vote from Claire if she has to.

The next two evictions will be doubles. That means that by Thursday, September 16, only four houseguests will remain. If The Cookout evicts Alyssa and Claire this week, they’ll have achieved their final six goal.

But the following week, two of them will be sent to the jury house. So much is riding on who wins that first HOH once only The Cookout remains.

Abigail Heringer & Dale Moss: How They Met & What Sources Say Really Happened Between Them

The ugly treatment of “The Most Beautiful Boy in the World”

PHOTO: Britney Spears’ Sons Are all Grown Up in Rare Pic

Aja Barber: My Sustainable Life – ‘We should tax billionaires at 75 per cent’

Is Emma Raducanu set to be the next big fashion star?