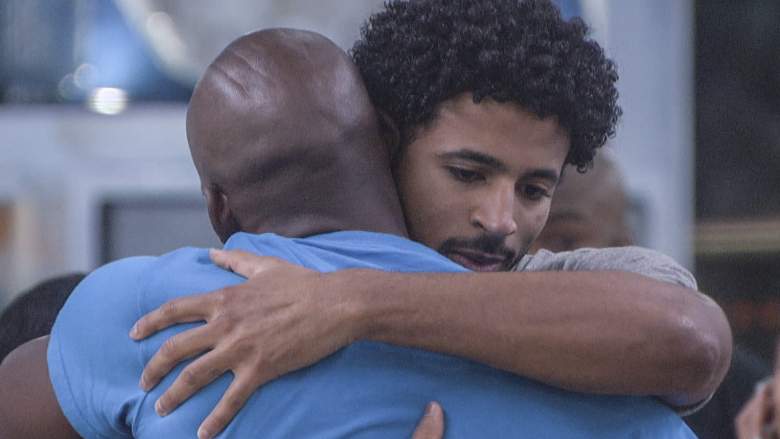 Xavier and Kyland in the ‘Big Brother 23’ house

The Thursday (Sept. 16) double eviction episode of “Big Brother 23” was actually not live — it was prerecorded on Wednesday. Therefore, the game kept going while the feeds were down and when they came back after Thursday’s show, we learned who won the next Head of Household and who is on the block. Read on to find out what’s going on in the house this week but be warned of spoilers.

The Week 11 Head of Household and Nominations

After the feeds came back, it was revealed that Xavier Prather won the final four Head of Household, which is not a huge surprise — apparently, Xavier has been throwing comps all season until recently and now he wins a lot.

Xavier has nominated Azah Awasum and Kyland Young. THe target is Azah, which she was not really aware of until a conversation she had late Thursday with Derek Frazier. Side note: How it took Azah this long to realize the men are working together is baffling. Why do most of the women who play “Big Brother” not see this coming? It happens every season.

Anyway, what clued Azah in was that Derek basically cannot keep his mouth shut about anything and now she knows that if she doesn’t win the Power of Veto, she is most likely going home.

The Power of Veto

What Derek did was tell Azah that if he wins the Power of Veto he’s not sure who he will send home. Remember, the final four Power of Veto basically just sets the one vote for the week. Either a nominee wins it and takes himself or herself off the block, thereby making himself or herself the sole vote of the week, or the one non-nominee wins it and things stay the same, or the HOH wins it and (presumably) things stay the same.

It would be quite shocking if Xavier won the Power of Veto and chose to save a nominee, thereby putting Derek up as a replacement by default. In that situation, we don’t see him saving Azah, so Kyland would be the sole vote this week. He might be able to be swayed to keep Azah, but honestly, we don’t see that happening.

The only really dramatic outcomes are if either Derek or Azah win the Power of Veto. The Derek win would guarantee some fireworks because Azah thinks she and Derek are tight, so she would expect him to evict Kyland and he told her he’s not sure what he would do, which made her angry (as it should).

Honestly, if we were Derek, we would evict Kyland because Kyland has a way bigger argument to win than Azah does. Keep the person who is the least threatening to your chances of winning the game, duh.

The best possible outcome this week is that Azah wins the Power of Veto and takes herself off the block, then gets to decide if Kyland or Derek goes home. That would be interesting. Derek might have just made her mad enough that she’ll send him home, but that would be a mistake if she wants to win.

Also, it is 100 percent Xavier’s game to lose right now. If he wins the final Head of Household, he wins the whole thing. THe only person who could possibly give him a run for his money is Kyland because Kyland has a lot of competition wins on his resume, but Kyland is not as well-liked in the jury house at all, so we think Xavier wins in any scenario where he’s in the final two.

If the other three players have any brains at all, they will evict Xavier if he doesn’t win the final Head of Household, but we’ll have to see.

Who is Toby from Love Island and which football team does he play for?

Big Brother: Fury as Thomas Markle Jr is allowed into Australia during Covid

AY.4.2 dubbed as new ‘Delta Plus’ variant. But can it become dominant?