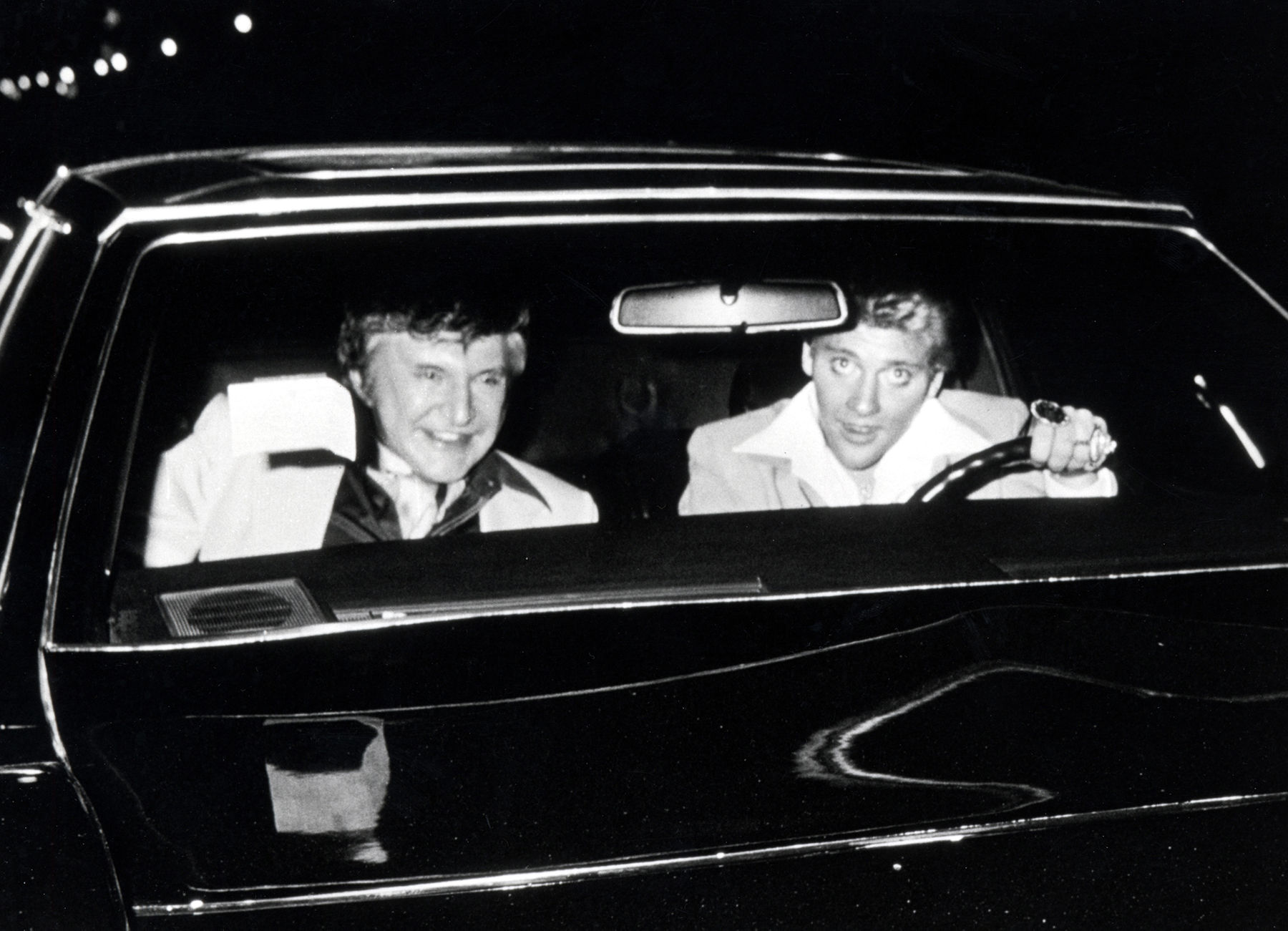 In the early hours of July 1st, 1981, for the umpteenth time in his life, Scott Thorson found himself in the wrong place at the wrong time. Specifically, he was at a drug kingpin’s house when the man gave the order for one of Los Angeles’ most infamous mass killings: the Wonderland murders, where four people were beaten to death in a house in Laurel Canyon.

At 62, Thorson has had a fever-dream of a life so far, bizarre in more ways than most people would care to fathom. He is perhaps best-known as Liberace’s former lover. Matt Damon played him opposite Michael Douglas in the 2013 HBO movie Behind the Candelabra, based on Thorson’s tell-all book by the same name about his relationship with the famous pianist. He’s seen some things.

Today, Thorson is the last person alive with firsthand knowledge of the notorious massacre, at least among those who are willing to admit to it. He is also a newly free man, speaking to Rolling Stone from Las Vegas in his first interview since getting paroled from Nevada State prison. He spent much of the last seven years there since a 2014 sentencing for credit card fraud and identity theft, actions driven by his longtime drug addiction. He’s plotting his return to L.A., where he plans to finish his second book and then wait for a call from Matt Damon, who he hopes will reprise his role as him in some future Hollywood adaptation of his exploits. “I want to come to Matt Damon’s defense,” he says, unbidden, referring to a recent uproar around the actor’s use of a particular f-word. “He is not homophobic. He has some bad press. I know Matt Damon. [If he were,] he would not have played me in the movie. So I’m here to defend Matt Damon.”

If you ask Thorson — now nine years sober — all of his troubles can be traced to his time with Liberace, or Lee, as he sometimes calls him. “I had never touched drugs until I met Liberace,” he says. “I was just very young, I was very frightened. I was thrown into all these positions with these people, some evil, evil people that I met through Liberace.”

When Thorson crossed paths with the famously ostentatious pianist, he was just 16 years old, more than 40 years Liberace’s junior, and living in foster care. The two formed a relationship that overlapped parent-child and romantic partners that he admits would be considered abusive by modern standards, but stayed under the radar at the time. In retrospect, Thorson says he recognizes that Liberace took advantage of him. “I think if he would have done it in today’s time, he would be jailed for it,” he says. “But a lot of that happened back then.”

Over Zoom, Thorson has a plasticky sheen and eyebrows that look painted on — the appearance of someone who’s been under the knife. When Liberace insisted that Thorson — as his “son” — get cosmetic surgery to look like him, the doctor gave him a nose job, sculpted cheekbones, and a chin implant (which he later had removed); he also started Thorson on a weight-loss plan that included pharmaceutical cocaine, quaaludes, and Demerol. “That’s what got me hooked,” Thorson says. “[Liberace] then threw me out later because he said he created a monster.”

Liberace is also the reason Thorson found himself at the home of big-time L.A. drug dealer Eddie Nash in the wee hours of July 1st, 1981. Unaware of Nash’s illicit line of work, Liberace had, through Thorson, invested in some of the nightclubs Nash owned in L.A. at the time. He’d sent Thorson on June 30th to collect their cut of the clubs’ door money, and Thorson had combined errands and ordered a pound of cocaine from Nash for himself. “I flew in from — I believe I was in Tahoe with Liberace,” he says. “And I took a Lear jet into Burbank and I met with Eddie Nash.”

When Thorson arrived, however, Nash had neither drugs nor money. He’d been robbed at gunpoint two days before. “He was very distraught,” Thorson says. “He took me into his bedroom and he said that he had just been robbed of close to a million dollars worth of cocaine, jewelry and drugs.”

A short time later, Nash’s body guard, Gregory Diles, came into the room, dragging the famous porn star John Holmes, a friend of Nash’s whom Nash had discovered was responsible for letting the robbers into his house. (Holmes, who had starred in hundreds of films by that time, is the subject of a 1989 Rolling Stone feature by Mike Sager about his involvement in these events, “The Devil and John Holmes.”) “Nash asked me to step out of his bedroom,” Thorson says. “They proceeded to beat John Holmes. I could hear the furniture flying. Afterwards they took John Holmes out by the scruff of the neck, and they made him take [Diles] up to the Wonderland address where they then did the beatings and the killings. And I was there when they brought him back and they were all covered in blood.” Later, Thorson adds, “I heard Nash give the orders: ‘Kill everyone that’s there.’”

After the sun came up, police found a bloody crime scene inside a house 8763 Wonderland Avenue, the known residence of the Wonderland Gang, a group of drug dealers. Ron Launius, Billy DeVerell, Barbara Richardson, and Joy Miller had all been beaten to death with metal objects. Launius’ wife, Susan, had also been badly bludgeoned but survived with severe head injuries. Police believed the brutality of the killings suggested a crime of rage and revenge.

The wild details Thorson shares strain credulity. It doesn’t help that he’s someone who sounds like he’s lying, even when he isn’t. Recalling his experiences with Liberace and Nash, he talks as if he’s recounting the plot of a movie you’re already familiar with, dropping names and referring to tangential events without context. But he would eventually tell a court the same story of what he’d seen at Nash’s house — although not until several years after the murders. “I was scared,” he says. “I knew that Nash was dangerous and that if he could get a chance to kill me, he would.”

Crime author Michael Connelly, creator of the Audible podcast The Wonderland Murders & the Secret History of Hollywood, also struggled to trust what he was hearing from Thorson but found his stories checked out.

One time, he thought he’d caught Thorson lying about smoking crack with Richard Pryor. “I know when crack started, so I looked up the timing of all this and I said, ‘There’s no way you could have been smoking crack with Richard Pryor in 1979,’ and he goes, ‘It wasn’t crack. We were freebasing,’ and he was right. I went back to the tape and he didn’t say crack.” Connelly says. “I have to be honest, if I could catch him in a lie, that would have added entertainment value to the podcast. But the few times I thought he lied, he had a good and valid explanation on how either I misconstrued something or he misconstrued a question.”

Prosecutors believed Nash had forced Holmes to help Diles murder the people in the house on Wonderland Avenue as revenge for a robbery. Holmes, Nash, and Diles were each tried for the murders. Holmes was acquitted in 1982, but died in 1988 from complications related to AIDS. Thorson testified against Nash in 1990, telling the jury Nash had ordered Holmes to take Diles to recover his drugs and money. ​​“He said he’d have them all on their knees, teach them a lesson, and that they’d never steal from him again,” Thorson said on the stand. Nash and Diles faced a mistrial in 1990, and were acquitted in 1991. Diles died in 1995.

Nash was eventually sentenced to 37 months in prison after a RICO conviction that included conspiracy to commit the Wonderland murders, but no one who swung the blunt metal objects — the pipes or the hammers — was convicted. Thorson remembers hearing the news of Nash’s sentencing in October 2001. “I was shocked,” he says. “​​I don’t know why they couldn’t give him a longer prison term but they should have.” Nash died in 2014.

The Wonderland murders have been the subject of movies, books, and, of course, podcasts. But they aren’t nearly as well known as some of L.A.’s other notorious crimes like the Manson family murders, which they resemble in kind — a house full of people brutally slain overnight. Connelly thinks the fact that the killings revolved around the cocaine trade help. “For something to become a really big media event, you need the idea that it could happen to anybody,” he says. “And in this, it was like a revenge thing against drug dealers. And so there is this sense that no one was innocent in this crime.”

At the same time, Thorson, who is familiar with the struggle of addiction, points out that even a houseful of drug dealers deserves justice. “They were probably considered dirtbags and drug dealers and ‘Who cares?’” he says. “But I think they deserve closure. They should go after them if they can catch more people that were involved. [Police] would have to investigate it, but I think there’s a couple people still alive.”

Tributes pour in for The Wire star Michael K Williams

Louis Theroux: ‘Straight white men like me have been monopolising the conversation’

Explaining the questions around the Newcastle United takeover