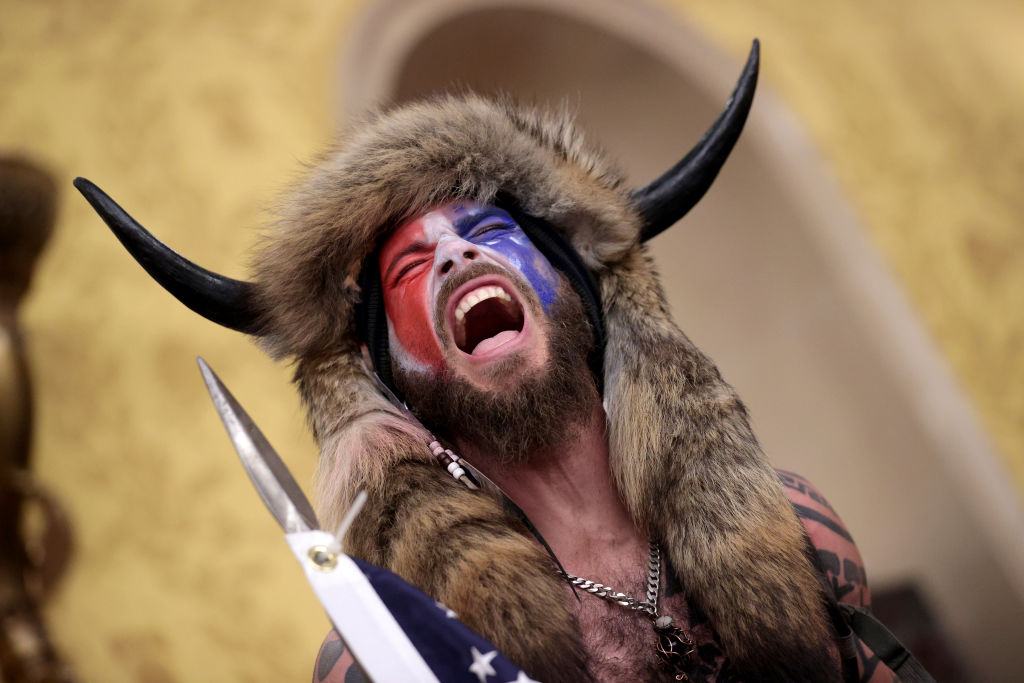 The “QAnon Shaman,” one of the more prominent rioters that stormed the Capitol building on January 6th, pleaded guilty to charges related to his role in the insurrection attempt.

Jacob Chansley — or Jake Angeli, as he was known when he was first arrested a day after the riot and later charged with six federal crimes — agreed to plead guilty Friday prior to going to trial on charges that ranged from civil disorder, violent entry and disorderly conduct to a felony count of obstruction of an official proceeding. If found guilty at trial, Chansley faced up to 20 years in prison.

As part of the plea agreement, Chansley only pleaded guilty to the felony charge of obstruction of an official proceeding.

Chansley earned the name the “QAnon Shaman” due to his January 6th ensemble, which included a horned bearskin headdress, American flag warpaint and Neo-Nazi iconography. However, Chansley’s lawyer Al Watkins said in a statement Thursday (via CNN) that his client hopes to disassociate from the viral infamy, as Chansley “is seeking, as part of his reconciliation of where he is today, to step away and distance himself from the Q vortex.”

“The path charted by Mr. Chansley since January 6 has been a process, one which has involved pain, depression, solitary confinement, introspection, recognition of mental health vulnerabilities, and a coming to grips with the need for more self-work,” Watkins added in a statement.

Chansley — who has so far spent eight months behind bars awaiting trial — will be sentenced on November 17th.

Everything you need to know about Strictly contestant AJ Odudu

Lisa Joy interview: ‘I thought about making my new film under a male pseudonym’

Day One at The Every: An Excerpt From Dave Eggers’ New Novel

Kartik Aaryan loses his way while driving in Panchgani; Asks help from a cop who clicks selfie with him instead – Times of India

This 3D-Printed Chicken Breast Was Cooked With Frickin’ Lasers

What Would Happen to Bitcoin if there is No Electricity?