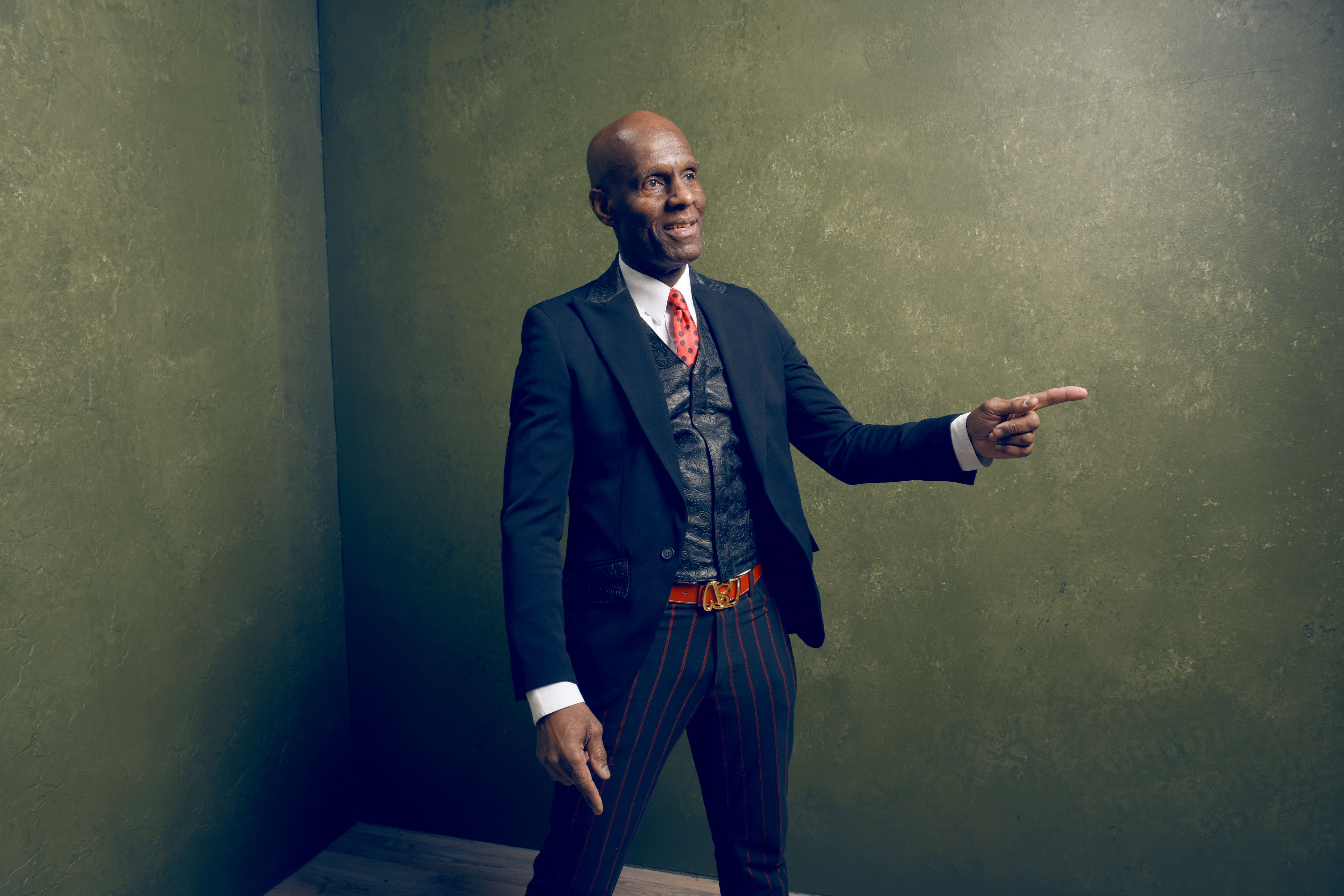 The legendary designer Dapper Dan, known for helping to construct hip-hop’s sartorial sensibility, will be the recipient of the Geoffrey Beene Lifetime Achievement Award at the 2021 CFDA ceremony. The honor marks the first time the award has been given to a Black designer, as well as a designer without a formal runway show (though Dan would likely disagree that he’s never had a runway show). Previous recipients include Bob Mackie, Narcisco Rodriguez, Rick Owens, Norma Kamali, Betsey Johnson, Tom Ford, and Vera Wang.

After establishing his Harlem boutique in 1982, he quickly became a local celebrity, outfitting artists from the burgeoning genre of hip-hop in monogrammed fabrics replete with logos sourced from brands like Louis Vuitton, Gucci, and MCM. The one-of-a-kind pieces were colloquially known as “knockups,” due to the fact that they would often be more coveted than the original luxury items they drew materials from.

Though celebrated in his later years, Dapper Dan’s career was a turbulent one.

His clients at the time included hip-hop legends like Salt ‘n’ Pepa, Big Daddy Kane, and LL Cool J. But, rather than receive any honors, his work was criminalized in its time. As his boutique’s prominence rose, the brands behind the garments he was so skilled at reconfiguring called their legal teams. Supreme Court Justice Sonia Sotomayor, then a corporate lawyer, raided his shop on behalf of Fendi, forcing Dap underground.

For almost three decades he worked underground until 2016 when Gucci director Alessandro Michele approved an “homage” jacket and sent it down the runway. Those who recognized Dapper Dan’s work were quick to call out the direct copy, leading to Gucci settling on a partnership that led to a private collab collection and exclusive celebrity work for the 2019 Met Gala, where dap dressed clients such as Regina Hall, Ashley Graham, Bevy Smith, 21 Savage, and French Montana.

Dap took to Instagram to share the news, paying homage to the streets of Harlem being his runway. The award show will take place on November 10th at New York City’s The Pool Room.

Courtney Stodden shows off major cleavage while getting a new tattoo

Chipotle’s Labor Day Hours 2021: Is It Open or Closed?

CHRISTOPHER STEVENS: Strewth! Aussie soap’n’schlock doesn’t get any better than this

Despite Announced Crackdown, YouTube Can’t Get Anti-Vaxxers Off Its Platform