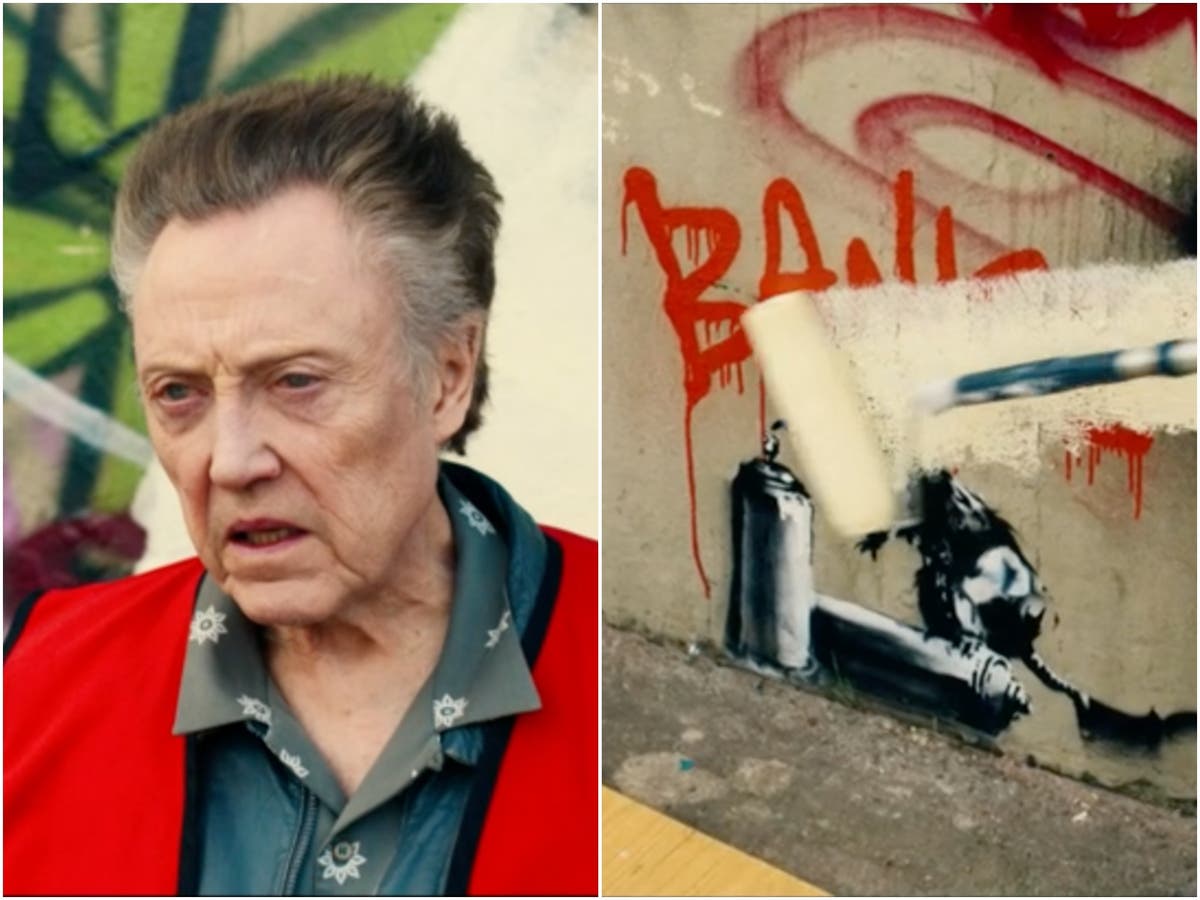 An original Banksy artwork was painted over by Christopher Walken in the final episode of The Outlaws.

The US actor stars in Stephen Merchant’s BBC comedy-drama about a group of unlikely misfits completing community service.

The show is set in Merchant’s hometown of Bristol, where the elusive artist Banksy is also from.

In the closing scene of The Outlaws series finale, which aired on Wednesday (10 November), the cast were seen painting over a graffiti-covered wall.

Walken’s character Frank discovers a stencilled rat sitting on two spray cans signed by Banksy behind a wooden board and asks his probation officer (played by Jessica Gunning) if he should paint over it, as it’s “awfully good”.

However, she isn’t paying attention and tells Frank that he should paint over all the artwork, adding: “Less debating, more painting,” as the rat is covered up.

A BBC spokesperson later confirmed that the rat painting covered up in the episode was an original Banksy.

“We can confirm that the artwork at the end of The Outlaws was an original Banksy, and that Christopher Walken painted over that artwork during the filming of this scene, ultimately destroying it,” a statement read.

While there are many Banksy paintings across Bristol, works from the street artist are known to pop up across the UK. In August, seven works appeared across the east coast of England in a project later claimed by the mysterious painter as a project called “A Great British Spraycation”.

You can read The Independent’s review of The Outlaws here.

Kriti Sanon makes a stunning statement in green, while Arjun Kapoor asks if she’s copying his captions – Times of India

Can a Game Get Young Players Interested in Holocaust History?

Unborn babies could contract COVID-19, says study, but it would be uncommon

Proud To Leave Legacy Behind? Still, I Haven’t Left Behind, Says Dhoni As CSK Fans Cheer