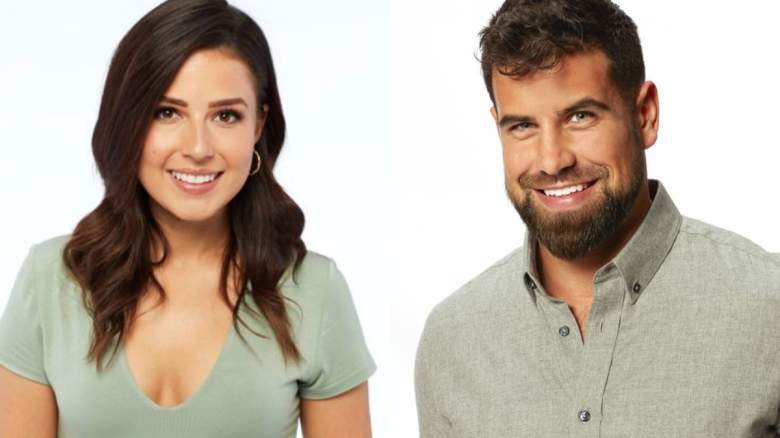 Katie Thurston and Blake Moynes announced their split on October 25, 2021. The former couple — who met and got engaged on “The Bachelorette” — released a joint statement on their respective Instagram accounts.

“It is with mutual love and respect that we have decided to go our separate ways. We are so grateful for the moments we shared together and the entire journey that has unfolded this year, but we ultimately have concluded that we are not compatible as life partners, and it is the most caring choice for both of us to move forward independently. We ask for kindness and privacy as we both navigate this transition. Both of us will forever want the best for one another and ask you to please support us in our decision,” the statement read.

Although their initial statement didn’t give much detail about why the two decided to end their engagement after just six months, Katie took to Instagram on October 30, 2021, to share an emotional video about why she and Blake ultimately decided to call things off.

In her five-minute video, Katie explained that she and Blake were able to figure out that their relationship wasn’t going to work before taking the next step.

Katie started off her video by thanking fans for their support during this undoubtedly challenging time in her life. From there, she went into a bit more detail about why she and Blake decided to split.

“I think a lot of people hold too much weight to things that don’t matter. I’m a big believer in your happiness. Your happiness is the most important thing. That being said, why would you not pursue that?” Katie said.

“We were together for six months. Blake and I are very level headed and mature, and we communicate very well on our thoughts, and we just both knew, like, if this is how our first six months was as a couple, going forward it was going to not be in our best interest for our happiness to stay together,” the former “Bachelorette” star continued, adding that the two are still in touch with one another and they still support each other.

“Blake and I were very fortunate enough to recognize things early, and made the best decision for us,” Katie added.

A report from The Sun claimed that multiple factors went into Katie and Blake’s decision to split. For starters, the distance between them was a big deal. Aside from Katie being in San Diego, California, and Blake being in Canada, he had traveled to Africa for work for a month, which was undoubtedly tough on their relationship.

During her Instagram video, Katie got candid about her split from Blake, and it’s clear that this hasn’t been easy for her.

“We are still processing a lot of, like, waves of emotion,” Katie said, adding, “it’s a lot.” Katie got emotional, and began to cry.

“Obviously, it’s a lot,” Katie said. “At the end of the day, your happiness is important. And if something is taking that away from you — and that’s not even a dig at Blake. That’s just a dig at what he and I were as partners — then we owe it to each other to step away. And so, that’s what we’re doing,” Katie continued.

READ NEXT: Has Katie Thurston Already Moved on With a Different ‘Bachelorette’ Suitor?

In ‘Red Dead Redemption,’ the Wild West Is a Refuge

Jonathan Scott Shows Appreciation for Zooey Deschanel on Her Instagram

The Strangest Time for Nostalgia Is Now

The 20 most hated TV finales of all time

Alyssa Milano says childbirth reminded her of being sexually assaulted