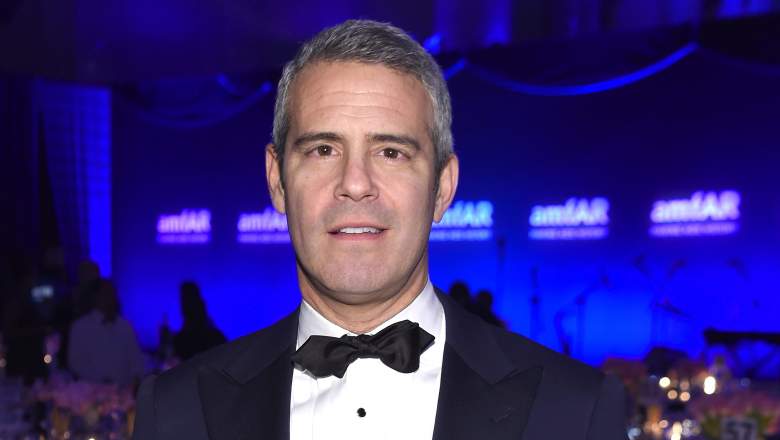 Andy Cohen isn’t letting the haters get to him.

Cohen posted two screenshots from an Instagram DM on Thursday, September 9. “You should try and be a better person for your son,” the user messaged him. Cohen replied asking what he was doing wrong to which the troll replied, “Oh wow didn’t expect a response. I was just being a troll. You’re doing fine. Sry.”

The dad of one replied, “I am indeed a real person. Thanks for understanding.” The troll continued messaging Cohen and told him he, “probably shouldn’t confront trolls.” Cohen cunningly responded, “You probably shouldn’t troll people though.”

He captioned the post, “Social media in a nutshell….” Cohen welcomed his two-and-a-half-year-old son Benjamin Allen via surrogate in February 2019.

Cohen is not the first nor last celebrity to get trolled on social media. Many of Cohen’s friends and colleagues showed their disdain for internet trolls and support for Cohen. “Southern Charm” star Shep Rose commented, “That is patently insane. And not even a little surprising. We are so screwed.” His co-star Craig Conover also chimed in writing, “Incredible.”

“Real Housewives of Dallas” star Stephanie Hollman commented, “I love you. You are an amazing person and father. Never listen to the trolls.” Her co-star Tiffany Moon wrote, “I too have fallen victim to engaging with trolls. Just remember that they only try to tackle you when you’ve got the ball. Sending hugs from Dallas!!” D’Andra Simmons also commented, “Don’t listen to the trolls. Haha! You’re a great father!”

Lisa Rinna from “Real Housewives of Beverly Hills” wrote, “Words of wisdom” and in another comment, “Ha!” “Summer House” star Lindsay Hubbard commented, “In the wise words of Austen Kroll ‘keyboard warriors are so brave behind their devices.’”

Cohen Has Opened Up About Having Another Baby

Cohen isn’t afraid to stick up for himself and his son. He is currently single and has his one son Ben, but he teased that he hopes that isn’t permanent. He discussed having baby number two to E! News earlier this year in August.

“You know, I’m working on it,” Cohen told the outlet. “It turns out it takes a long time to make a baby. I’m definitely open to it and I would love to see it happen soon.”

He also told People that the stakes are “absolutely” higher with Ben. “Now there’s an endgame,” he told People in August. “Are you going to be a good stepfather? It’s changed everything.”

As for what he’s looking for, Cohen explained, “I like very independent people who have their own things going with their own lives, who are very strong in their belief systems. That’s very attractive to me.”

READ NEXT: Tamra Judge to Return to Real Housewives: Report

Katie Hopkins to walk away with $200,000 Big Brother VIP fee

You should definitely Switch to new console: PETER HOSKIN reviews Metroid Dread on the Switch OLED

Which Love Islanders are at risk of being dumped next?

‘Mass Effect’ Is Kind of a Utopia for the Chronically Ill

Arbaaz Merchant’s lawyer Taraq Sayed: NCB’s case is based on chats from a mobile, but the panchnama has no mention of seizure of phone...